On the evening of Wednesday the 19th of March Rotary Club of Nazareth held a special reception in honor of Mr. Yusef Zaher of Nazareth who served Nazareth community as a teacher in Terra Sancta College for fifty eight years.

Yusef started as a junior teacher in 1957 which due to his faithfulness to his students and to his honesty with the administration, he was promoted to different positions in school and ultimately became the right hand man of the Father General Director of the college.

The Reception meeting started at about 8.30 in the evening with many of his past students, doctors, lawyers, engineers, businessmen and many of his friends and relatives attending.
President Albert Zaher started with the usual Rotary program consisting of welcoming all the guests and relatives of Mr. Yusef Zaher, then Wisdom of the day followed by the International Toast after which Dr. Nakhle Bishara and Dr. Halim Azzam came up to the Head Table, they in their turn called Mr. Yusef Zaher to join them.

Past District Governor Yusef Srouji then gave a short description of all what Rotary stands for such as service above self, describing that Mr. Yusef Zaher applied the principles of Rotary without being a Rotarian. The PDG Yusef talked about the Paul Harris Medal which was started by the Board of Directors of RI ten years after the death of the founder himself Paul Harris. He mentioned some names to whom this medal was given, then announced that the President together with the secretary and the treasurer and the members of the International Service Committee decided to bestow on Mr. Yusef Zaher the Paul Harris Medal for his services to the students of Nazareth and Galilee for the duration of 58 years. The sponsors Dr. Nakhle and Dr. Azzam gave Mr. Yusef the medal and the pin of a Paul Harris Fellow.

Before closing the ceremonial meeting President Albert gave a present to Yusef Zaher and another to PDG Yusef Srouji on the occasion of St. Joseph feast that falls today followed by a word of thanks to all the old students of Terra Sancta College and all the family members and friends who attended the special meeting in honor of Mr. Yusef Zaher. 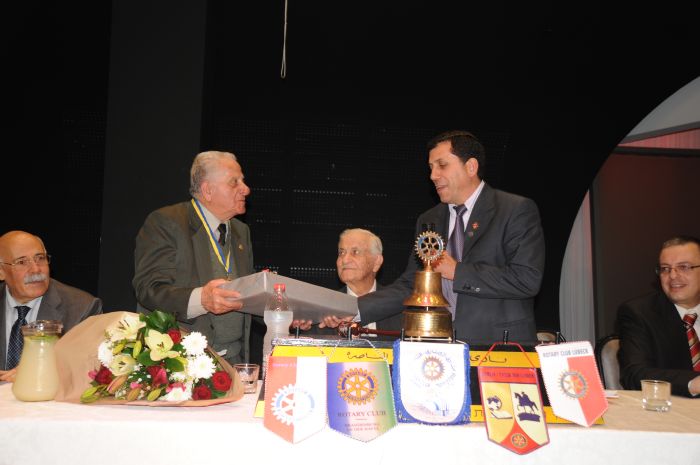 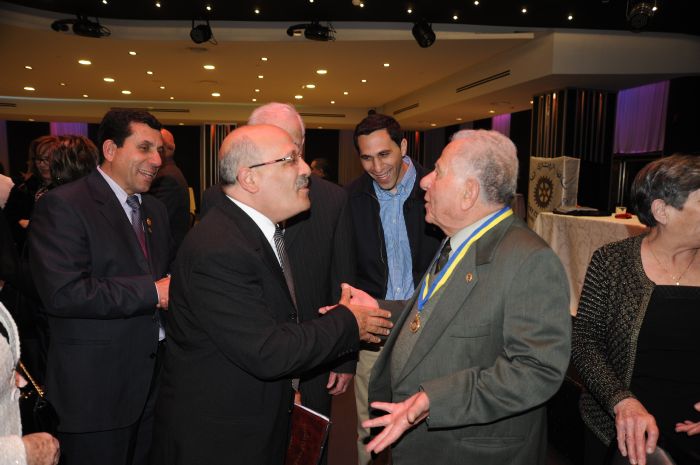 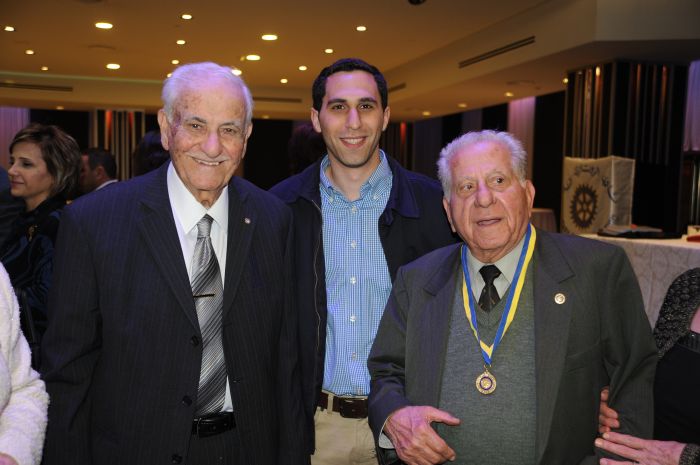 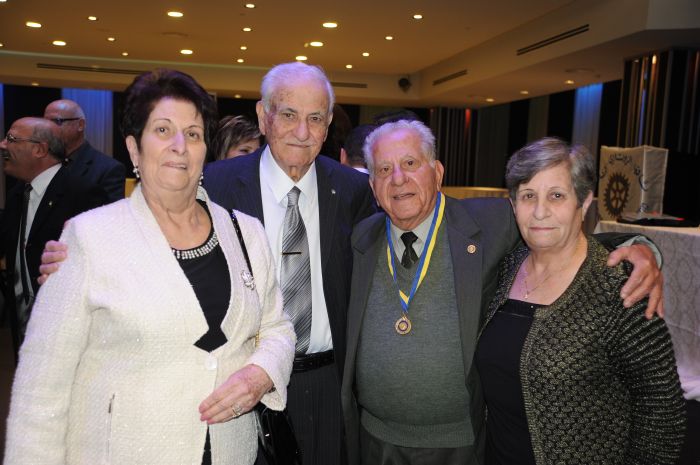 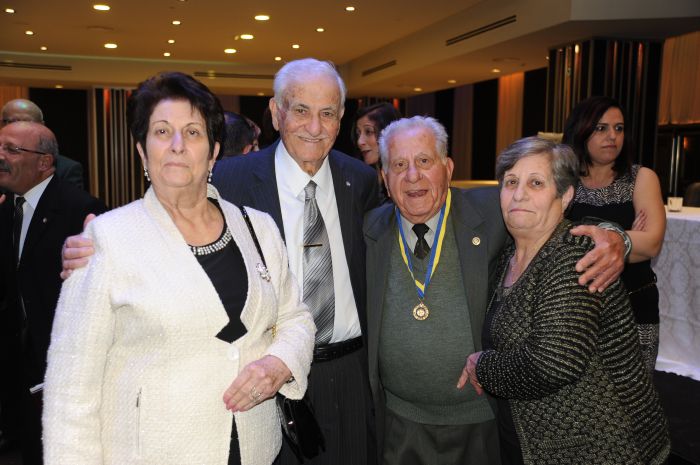 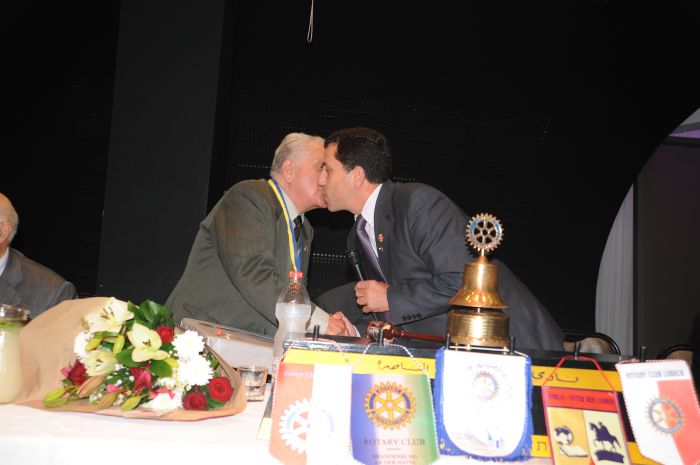 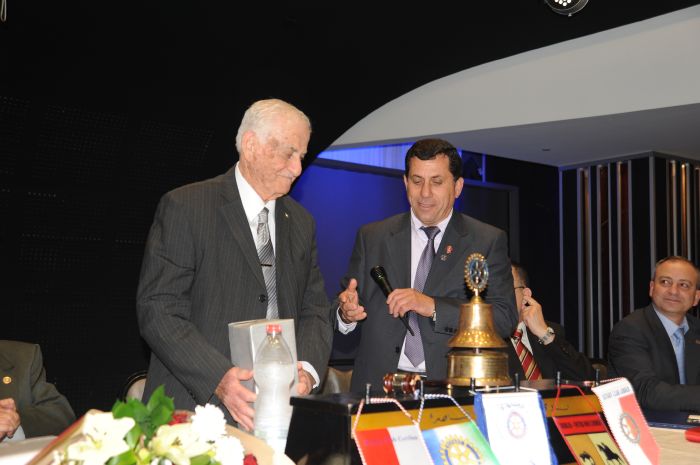 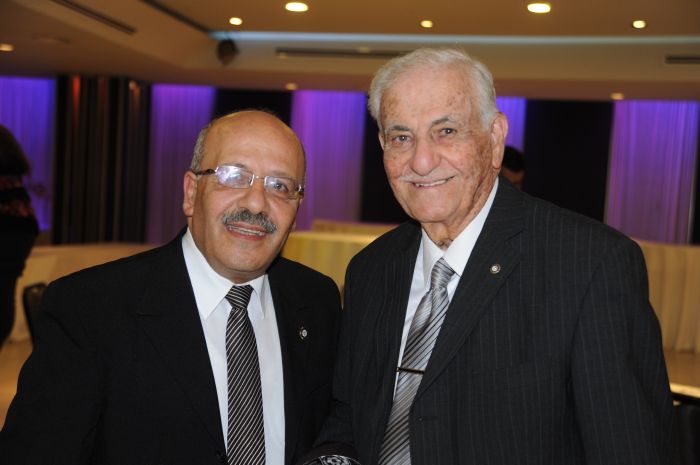 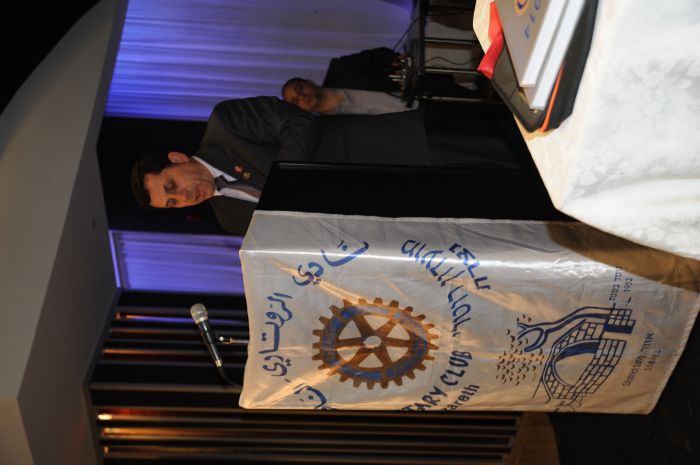 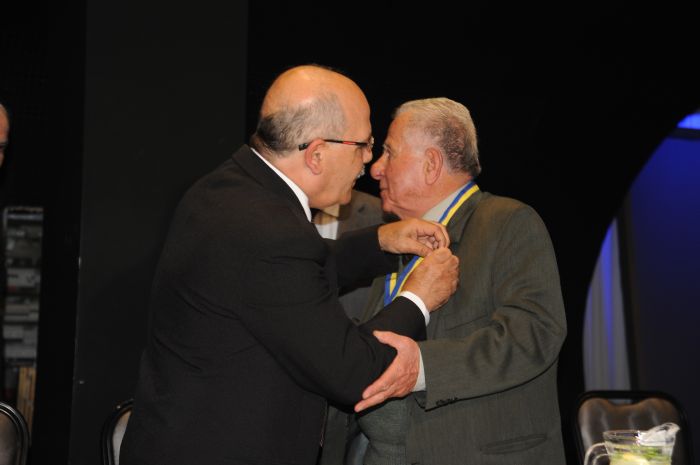 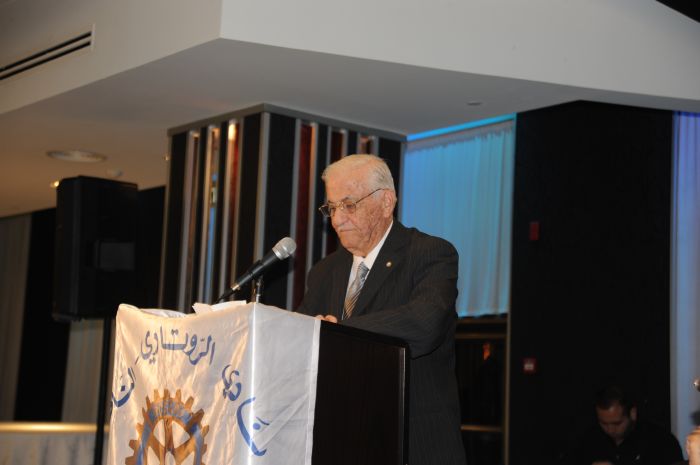 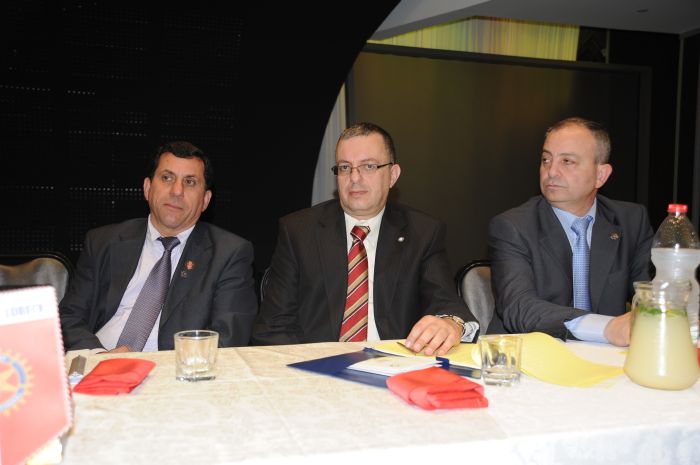 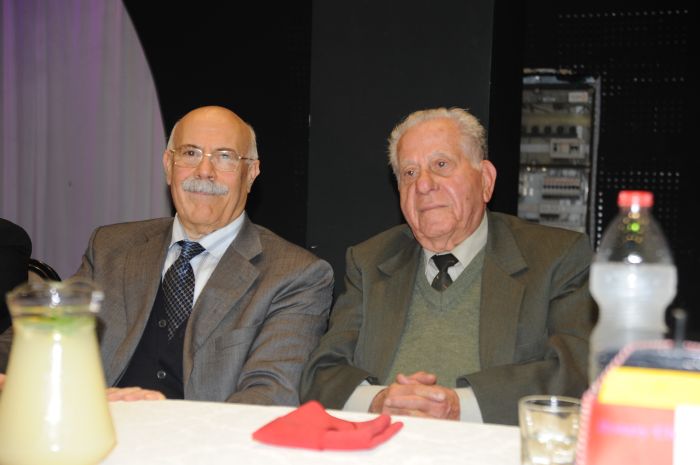 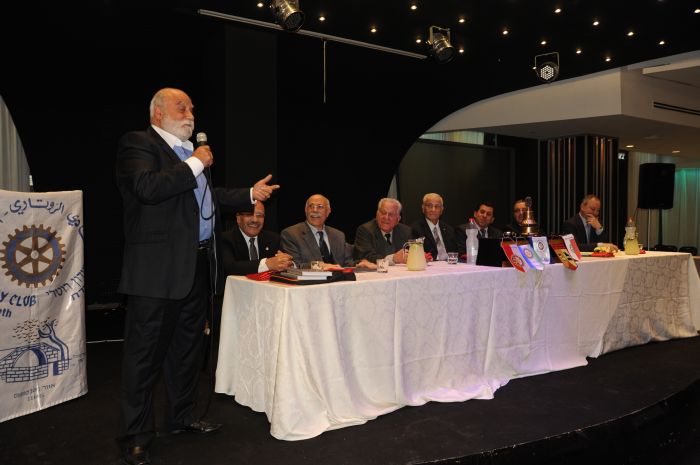 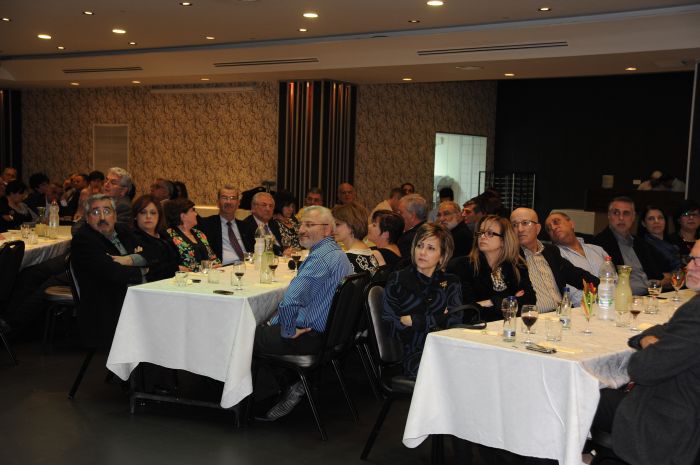 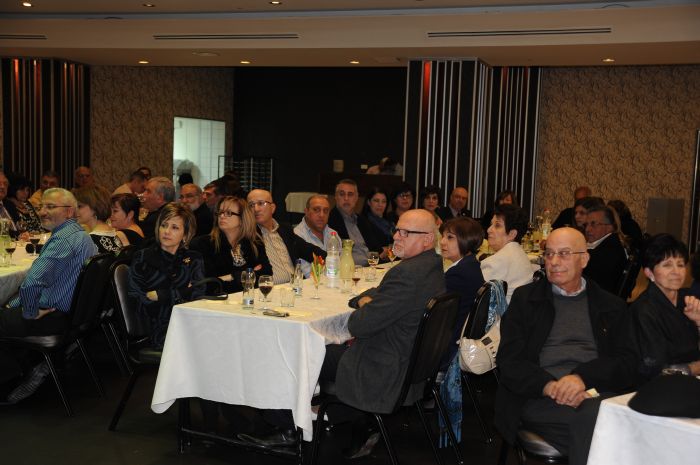 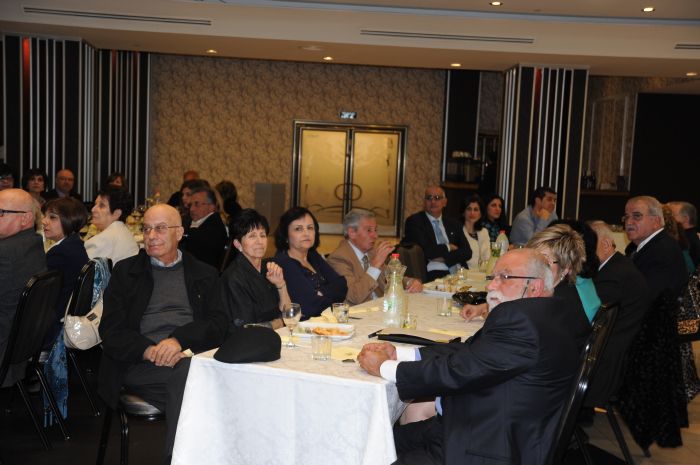 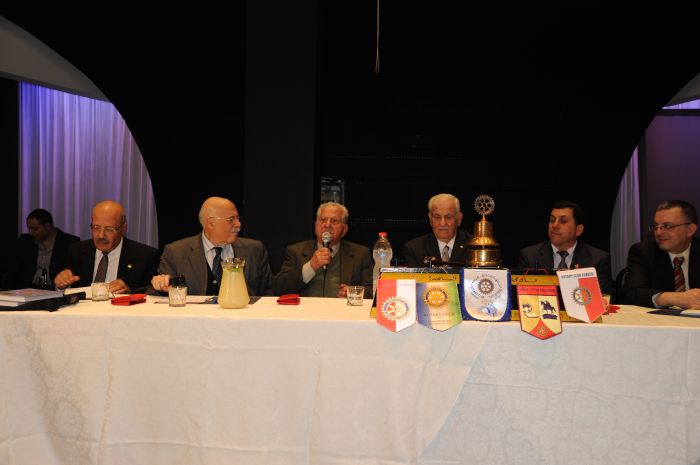 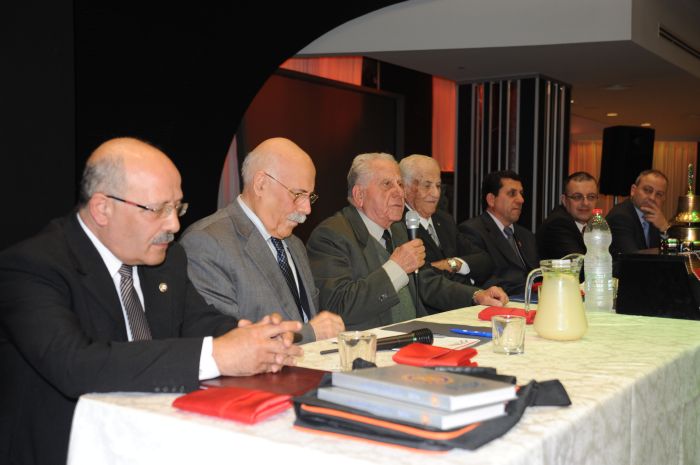 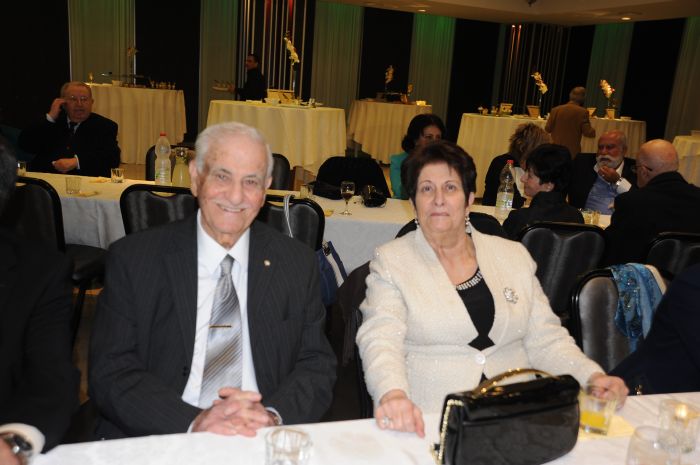 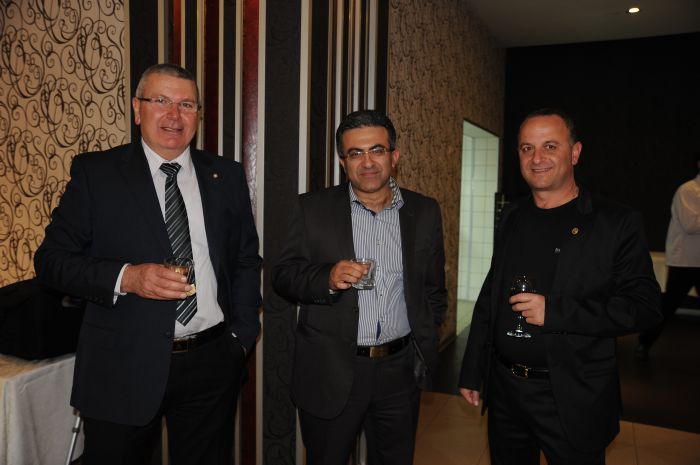 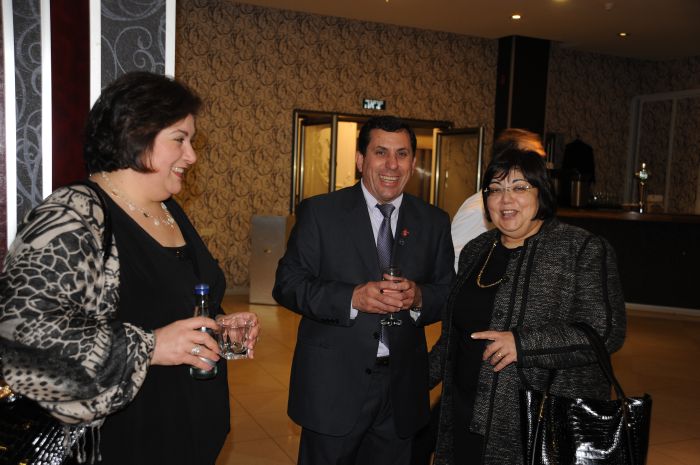 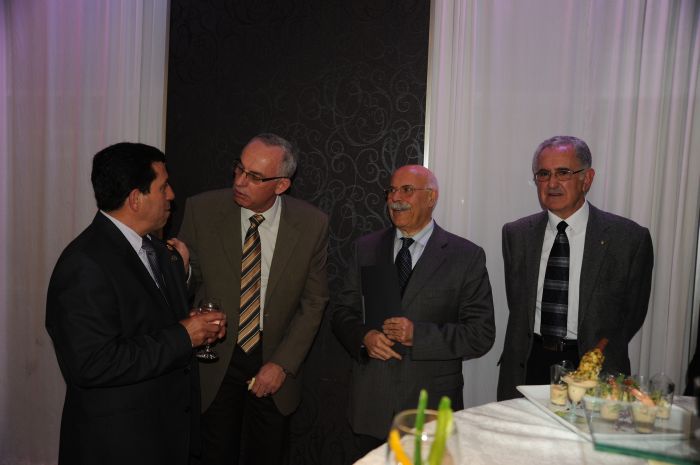 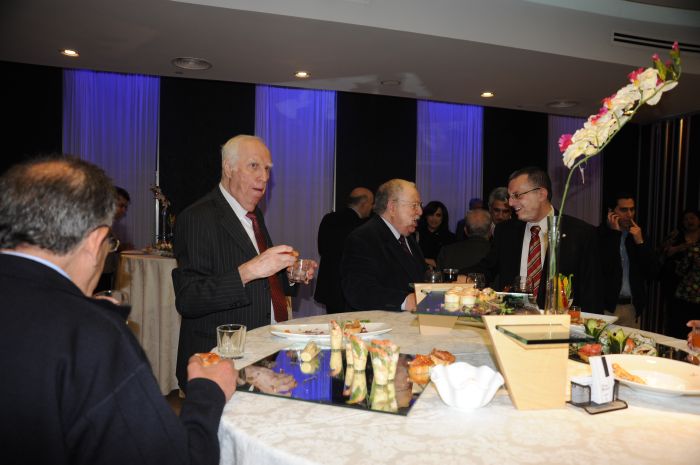 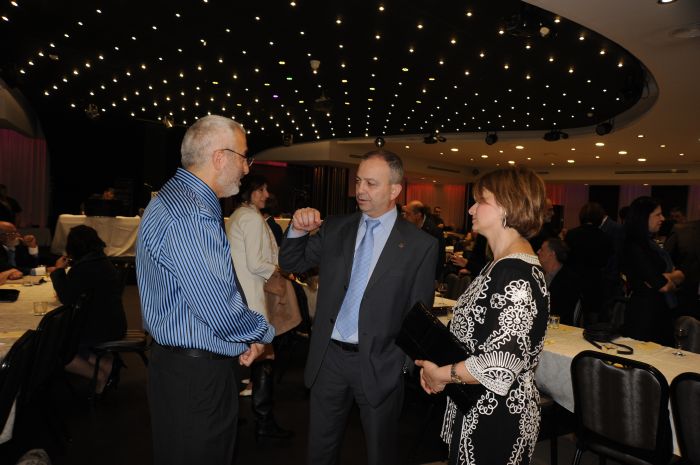 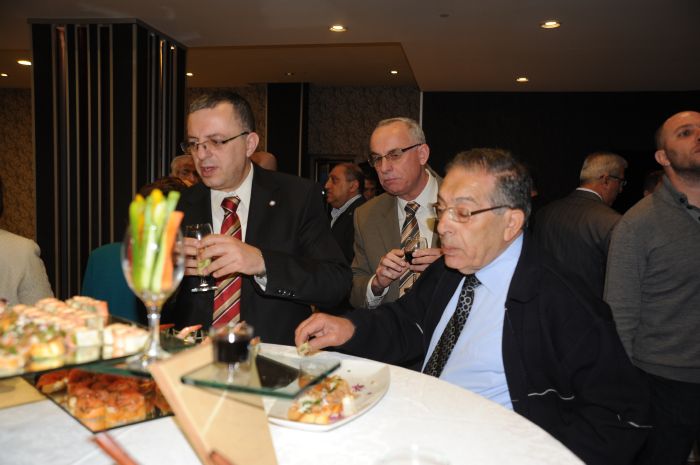 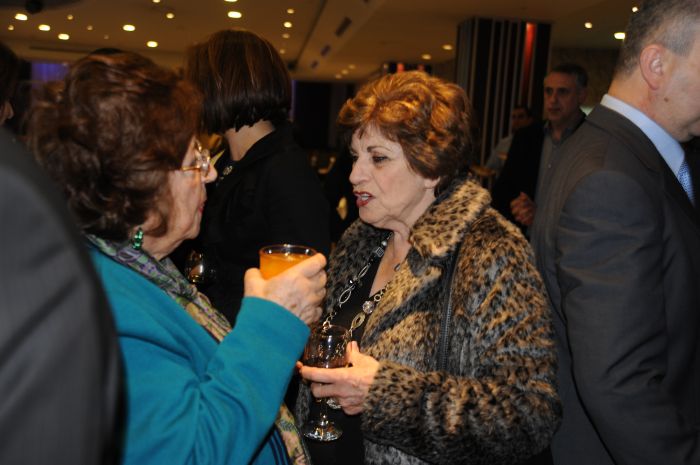