Rotary Nazareth Group in a visit to Berlin Germany

On the 23 of April 2014 in the very early hours of the morning, a group of twelve couples from the Rotary Club of Nazareth were on their way to Berlin.
At about 8.30 AM Governor of Districit 1940 Berlin Area, Gerhard Lintner and Mrs . Pokorny , our guide for the next few days, were already at the Airport Gate waiting for us.
We immediately took the waiting bus and straight away on our first tour in Berlin to the Charlottenberg Palace area, then the old ruined church of Kaiser Wihelm then to Postdamer Platz and the famous Sony Center then continued to the old frontier between East and West Berlin, Check Point Charley, then to Alexander Platz to a typical German food restaurant KINDLE for lunch after which passed by a famous chocolate factory in the Gendermen Market.
All tired, straight to our hotel The Intercontinental where we had a very timely rest.
At 8.- in the evening, again went together to dinner at the Tucher-am-Tor Restaurant. near Brundenburg gate

On Wednesday the 24. of April, we had a free morning and every one went his own way. However being the day of our Rotary Evening Meeting, we all joined the bus who took us to a beautiful country suburb of Berlin situated on the side of a beautiful lake WANSSI. The meeting was held in a Restaurant called Sanssoci in Wannssi.
The meeting was a Rotary gathering in the full sense of the word. President of the German Host Club Mr. Dieter Klapproth started the program by welcoming all members from the Club of Nazareth, the club of Brandenberg Havel and the home club of Berlin-Bruck der Einheit, then President Albert talked about how the tour and the meeting been arranged and thanked all who attend in the meeting
District Governor Gerhard again welcomed all present after whom PDG Yusef Srouji talked about the club of Nazareth during the last 60 years through his activities in the club as member, President and Governor. President Albert asked PP Nakhle bishara who thanked Gov. Gerhard and members of both clubs for their kind reception to all of us and President Albert gave a special plaque of gratitude to Governor Gerhard after which there was an exchange of Rotary

flags between the presidents.
The surprise of the meeting came up when Governor Gerhard and President Albert announced that the total Dinner Invoice of all the German and Nazareth members attending the meeting will go to the benefit of the Holy Family School for Special Education in Nazareth (Father Ugo School). President Albert after a short counseling with some members of the Nazareth Club announced to add 1000 US dollars from the club. After paying to the Restaurant owner for our meal, we got back a check from him for the whole sum.
All those who entered as strangers got out with new real friends and full of joy for the delicious German meal and the unexpected results of that evening.

On Thursday the 25. of April the group visited the remains of Berlin Wall then continued to Alexander Platz passing by the TV tower, then again
the Brandernberg Gate then through the Unter der Linden street to the Bundestag where we had a long visit to the Parliament and its Copula. with Berlin Rotary member Kathrin falk who works in the parlament Later a one hour tour in the boat on the river Spree was a rest and a relaxing hour.

On Friday the 25th was our day to visit a nearby town POTSDAM.
A small but beautiful city with two famous castles

Our visit to Berlin was climaxed in attending a famous show late in the evening at the Friedrichstadt Palast of Berlin where we were transported into breathtaking artistic worlds that have never been seen on stage in that way before. The dimensions were simply stunning on the largest theatre stage in the world, over 100 artists captivated the audience during the performance of more than 2 hours show of beautiful ballet dancing, marvelous acrobat performance and fine music all through. 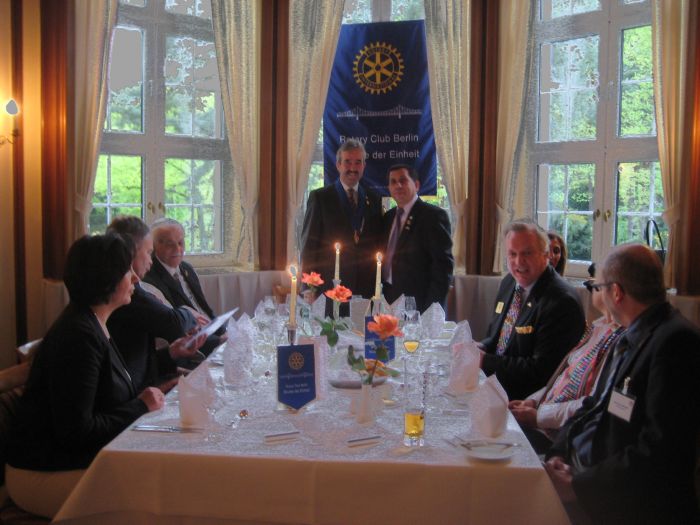 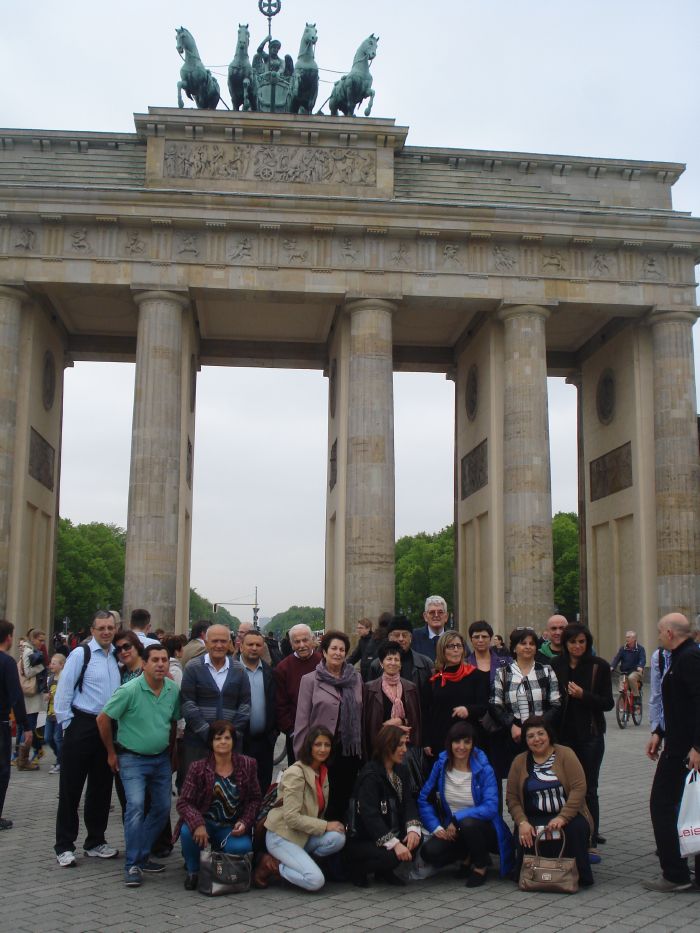 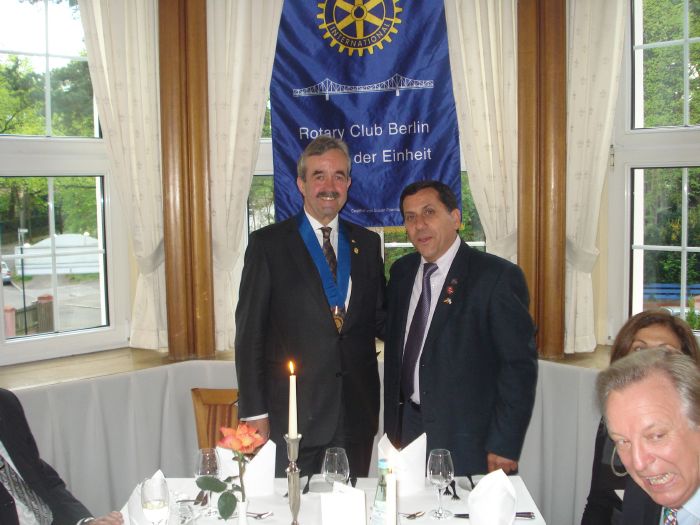 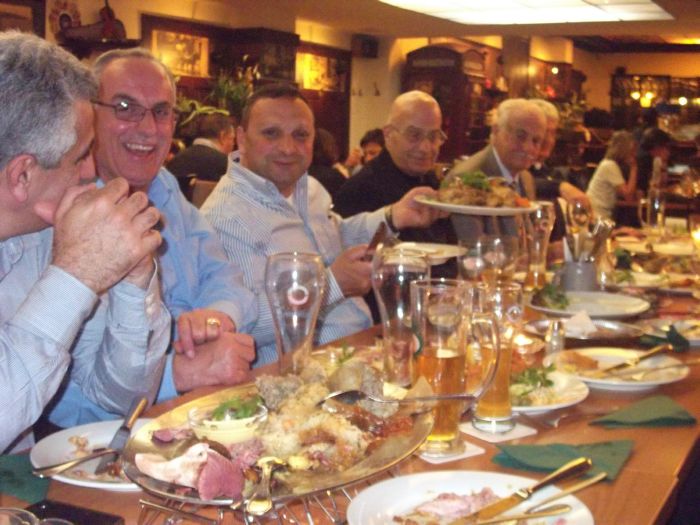 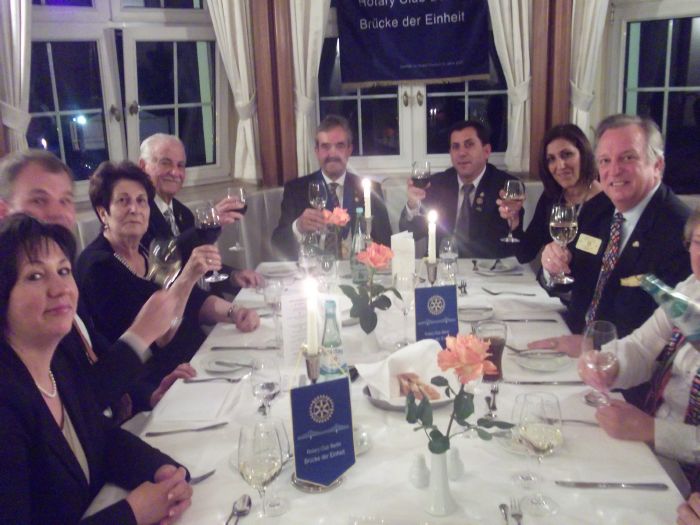 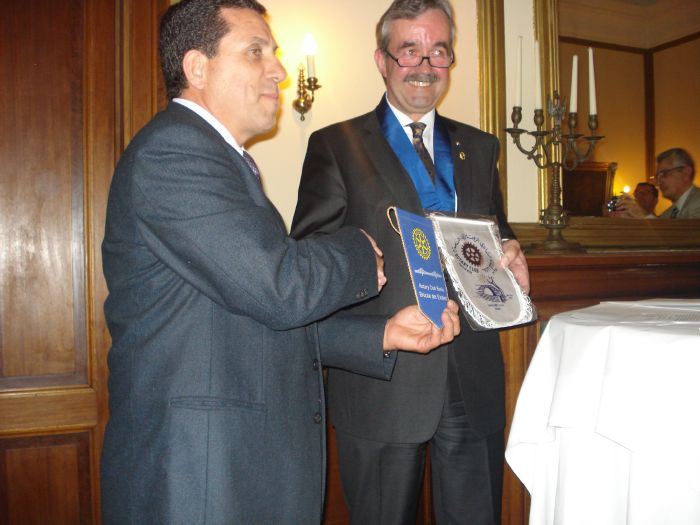 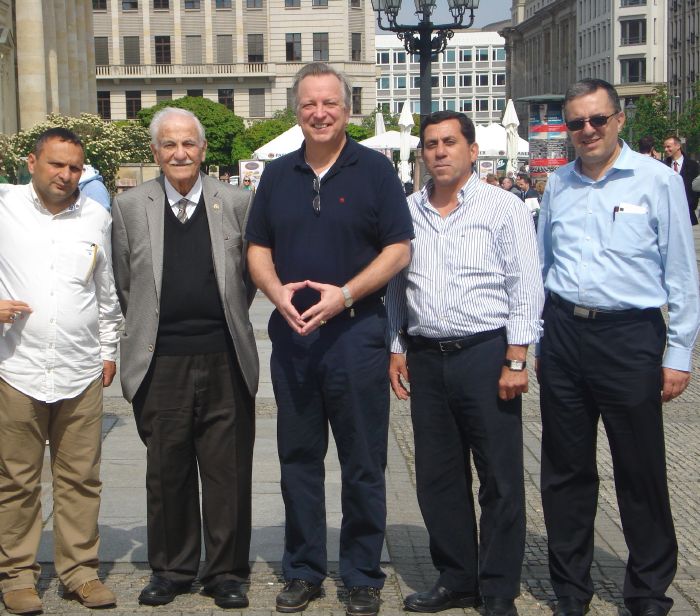 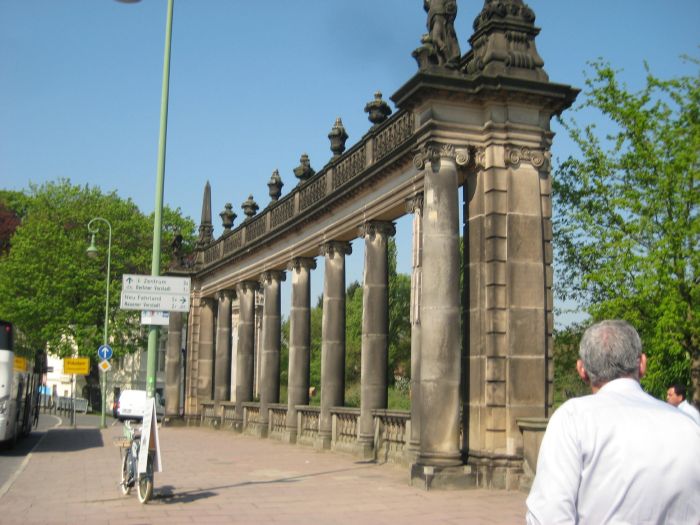 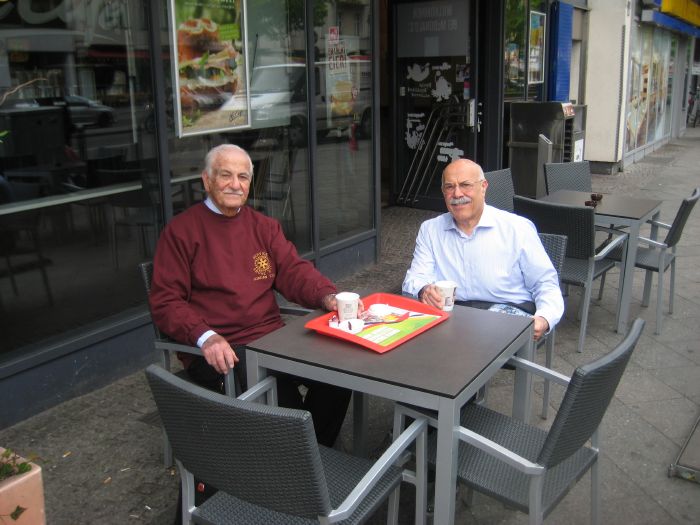 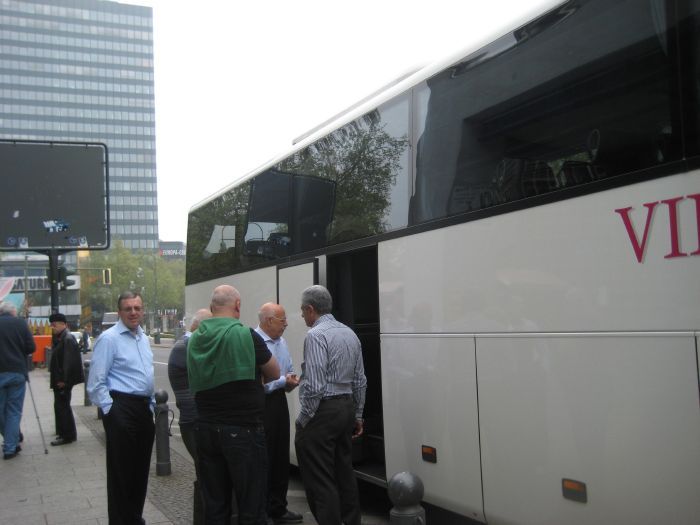 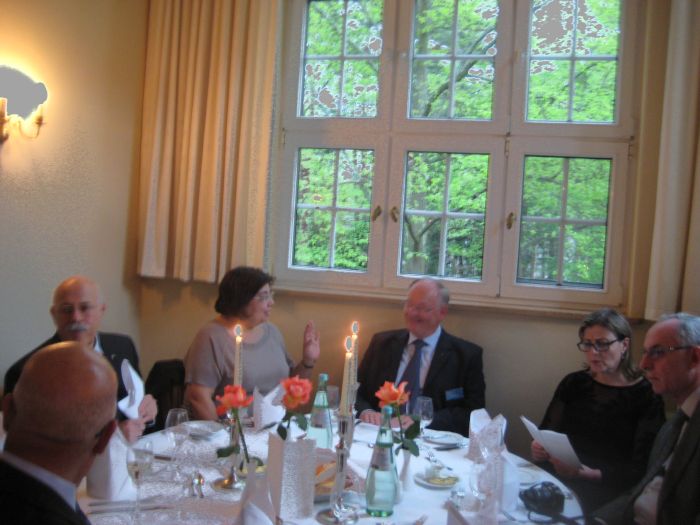 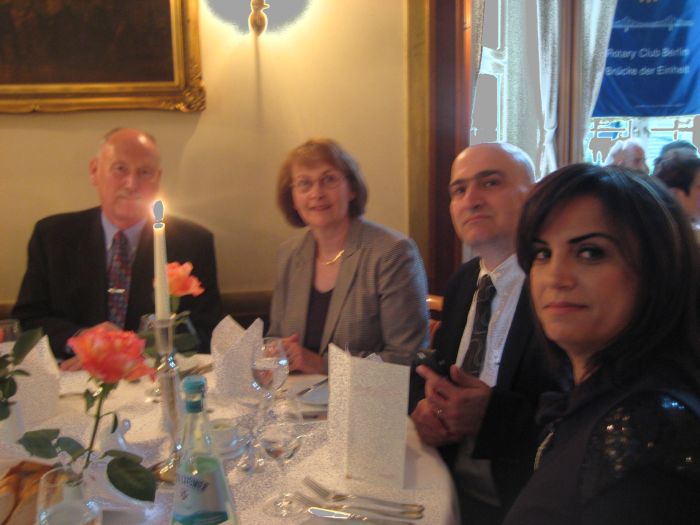 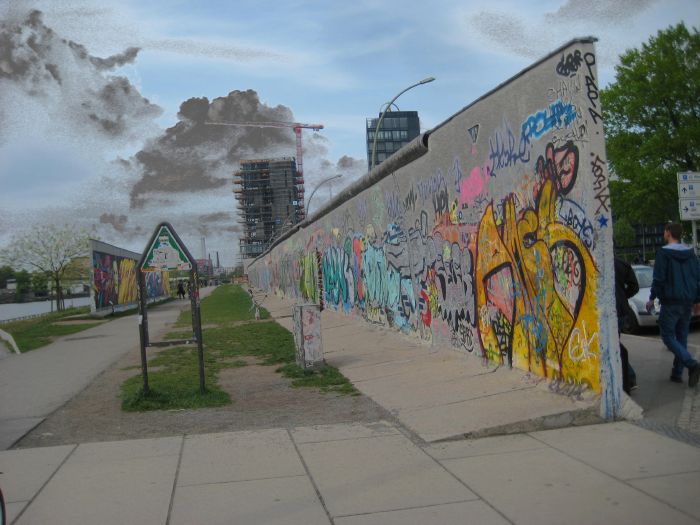 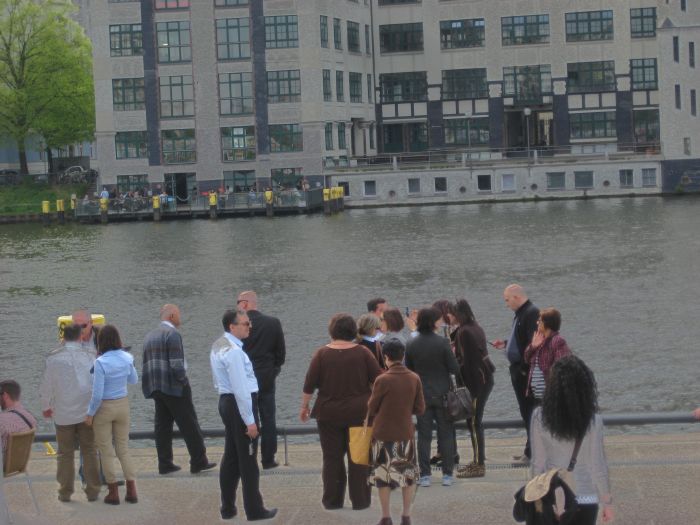