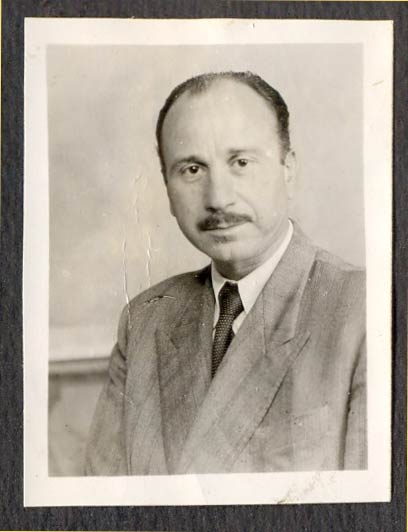 In the late fifties (1958/59) during the presidency of Dr. Scomberdis, with the cooperation of the Municipality and the Ministry of Education project “Keep your town clean”was
started. Members of the club with the students of most of the schools took part in the project.
On the 5th. of November 1958 members of the Rotary Club met at the Galilee Hotel. The speaker was Rev. Khalil Duebis who spoke on the subject of “Real Service”.

On the 19th. of November 1958 in the Rotary Meeting at the Galilee Hotel the speaker was N.R.W. Smith, British Vice Consul in Haifa who lectured on “My Impressions of Ecuador” .
During the meeting congratulations were extended to the following Rotarians on their birthdays:
PP.Jeries Khoury 15/11- PP. Dwight Baker and PP. Dr . Shammas on 21/11.

On the 3rd. of December 1958 speaker during the Rotary Meeting was Mr. Abilea (A well known Haifa Musician) who spoke on a subject related to music.
On the 10th. of December 1958 Past President of Haifa Club Aaron Rosenfeld spoke about his visit to “he World Exhibition in Brussels”.

On THE 27th. of December 1958 The annual Christmas Program was held at the Galilee Hotel at 7.30 P.M. The program included selections of Christmas music, group singing of Christmas Carols and other items.
The cost per person was I.L 4.500. Rotary Anns. were invited.
In November the club moved its meetings from the old YMCA building to the Galilee Hotel and in December the Christmas Party was held there.
During the year Dr. Scomberdis and several members of the Nazareth Club attended the
Charter Meetings of the clubs of Affula (Chartered 10/5/59) and Ness Ziona (Chartered 16/6/59).