The conception of the idea of a rotary club in Nazareth is due to the late Dr.Mounir Mishalany of the Haifa Club. In 1951he recommended the idea to Baz Kawar and Dr.Michel G Shammas, and late invited them to attend the general meeting of the Haifa club. Subsequently these two, much impresses by what they had seen and heard and deeply moved by the spirit of Rotary, set about working out an initial classification list and talking to leading citizens of the town about the idea of forming a Rotary Club in Nazareth.

The response was not encouraging at first, but more progress was made in familiarizing a number of influential citizens with the lively ideas and aims of the Rotary movement. The ground was then prepared for later development when the Rotary club of Jerusalem, the first initiated in this country, became interested in sponsoring a club in Nazareth.

Rotarian Leslie Putnam approached Kawar, Dwight Baker, Fred Thompson and Dr. Shammas, and a meeting was called to discuss the formation of a club. It was under the chairmanship Fo Sami Jeraisi and was

addressed by R/Putnam and R/Jaffee (Governor RI) both of Jerusalem.

The evening discussion resulted in the election of a committee, directing the provisional club which started out with 35 members.

The provisional club attendance was poor, and the spirit of the members was far from satisfactory. In the belief that the word <provisional> had something to do with the slackness of the members, it was decided to elect a board of directors in accordance with the rotary International By-Laws.

This was done and the board consisted of eight with Baz Kawar as president. From then on a new spirit developed and the members become more enthusiastic, attendance climbing to 70%. In August 1952Baz Kawar chose the leave the country to Jordan and the presidency was handed over to Dr.Michel A Shammas. The time was now ripe for the Charter Meeting which took place on December 1 1952 at the Galilee Hotel with the chairmanship of the administrative advisor PP Kaiserman at which meeting President Shammas paid an equal tribute to both the Jerusalem and the Haifa clubs for their independent endeavors and their causing success in initiating this new club in Nazareth. 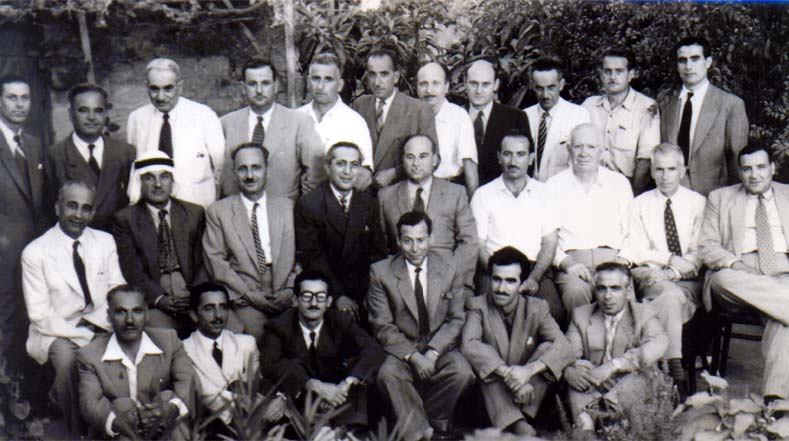