Our Events Gov. Gidi Piper paid his official visit to our club 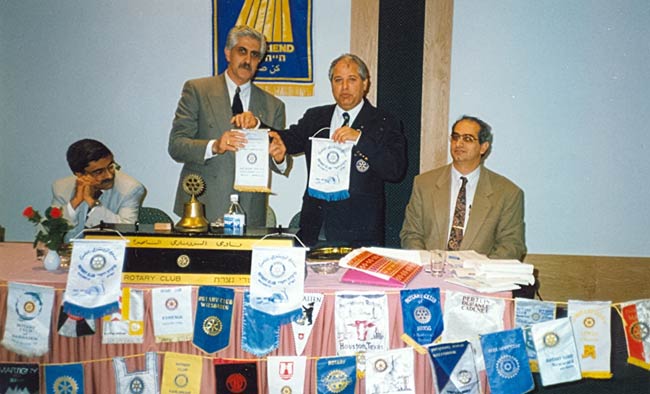 On the 13 of January 1995 Gov. Gidi Piper paid his official visit to our club. The Governor, the president of the club and several members visited the Mayor Mr. Ramez Jeraysi and his assistants, Abdulla Jubran, Suheil Fahoum and Dakheel Hamed in the Municipality. The mayor welcomed the Governor and the members of the club, then talked about the work the municipality was doing for the year 2000 and requested the Rotary Club to do its share for this project.
At six in the evening the Board of Directors met with the Governor where he advised the club to add at least three members from all religions, add one or more Paul Harris fellows by paying $1000 for each, encourage reciprocal visits to and from other clubs in the District, strengthen relations with the Roteract Club, join with international clubs in Matching Grants for the benefit of the community and other useful suggestions to help the club in its projects.
The Ladies Night in honor of the visit of the Governor took place at the Grand New Hotel attended by the Mayor Ramez Jeraysi and his wife Hanan and almost all the members and their wives. The president declared giving the Mayor Honorary membership in the Nazareth Rotary club. At the end of the meeting, Gov. Gidi praised the members of the Nazareth club for their activities in the social and cultural fields and talked about Rotary Israel and International. 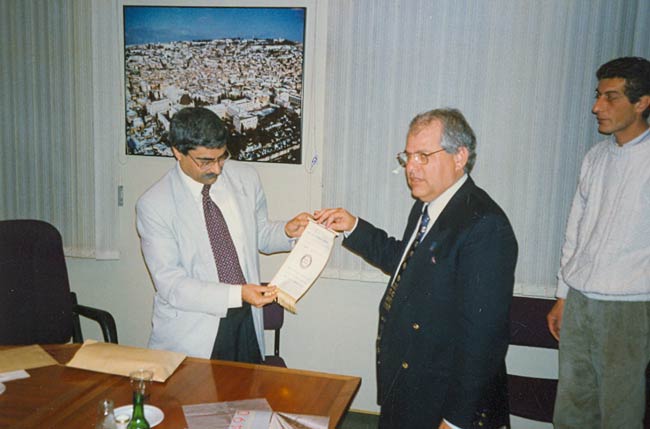 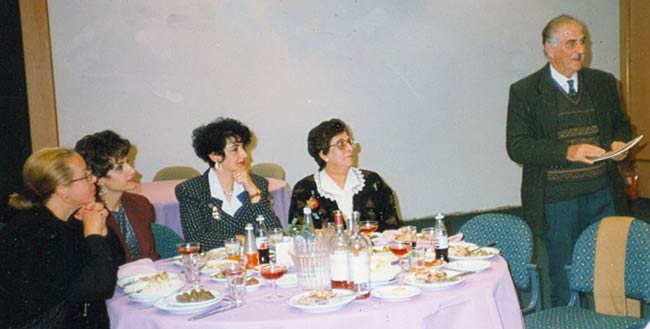 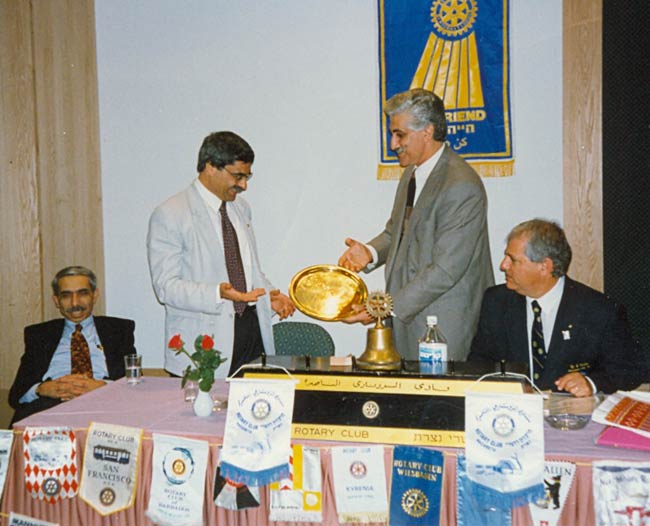 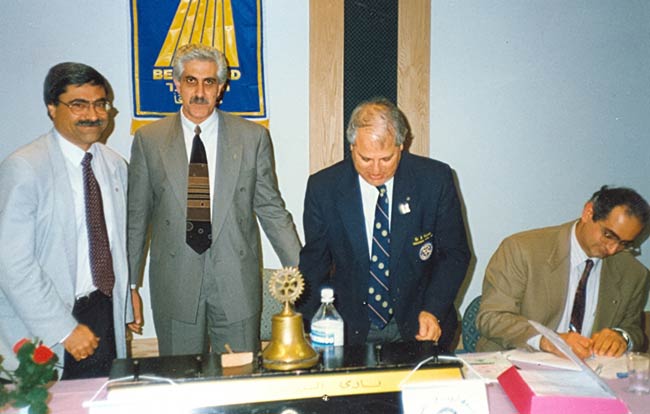