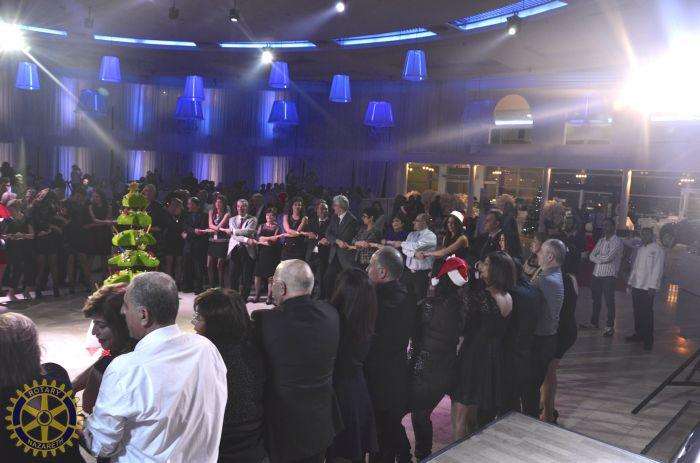 On Saturday the 19th of December 2015 the Rotary Club of Nazareth held its traditional yearly Christmas party in an atmosphere full of Christmas Joy and happy expectations for the New Year.
The party was attended by a great number of rotary members, their families, friends and several guests from Nazareth and the areas around.
Mrs. Majeda Khoury started the evening with Dr. Awni Elias, president of the club welcoming all present who among them was Rotary District Governor Mr. Emile El Asmar and his wife Catherine, His Honor judge Salim Jubran and his wife Nina and presidents of clubs around Nazareth.
Dr. Awni Elias gave a short report about Nazareth Club activities during the last six months among them the liberal generous donation of 78450. – US dollars to the French Hospital for medical items to the operating room. Then the Junior Reconciliation Project whereby young boys learn to debate and bridge misunderstandings among the young people in an effort to diminish violence that is prevailing in our society.
President Awni also thanked all those who were generously supporting the club`s activities by sponsorships or through their Ads in the clubs yearly diary or through sharing in attending and purchasing lottery tickets during the party.
The Party started with the traditional Christmas music and songs by Miss Joelle Jubran followed immediately by dance music given by the famous Sun Band and as usual the lottery results, the Christmas cake and finally by the entry of Santa Claus with simple presents that were distributed on the tables in the hall. 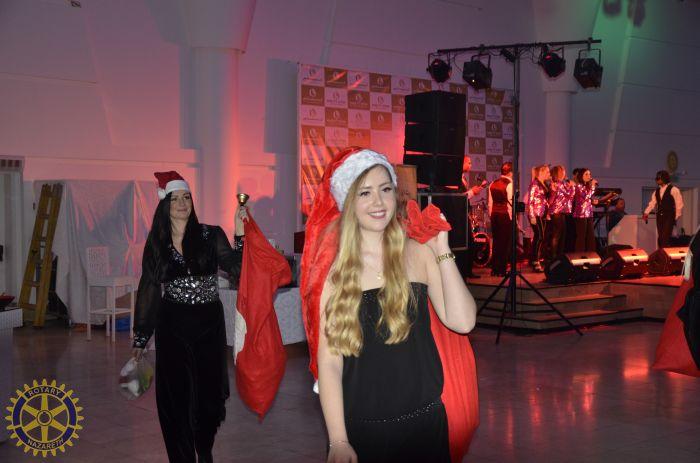 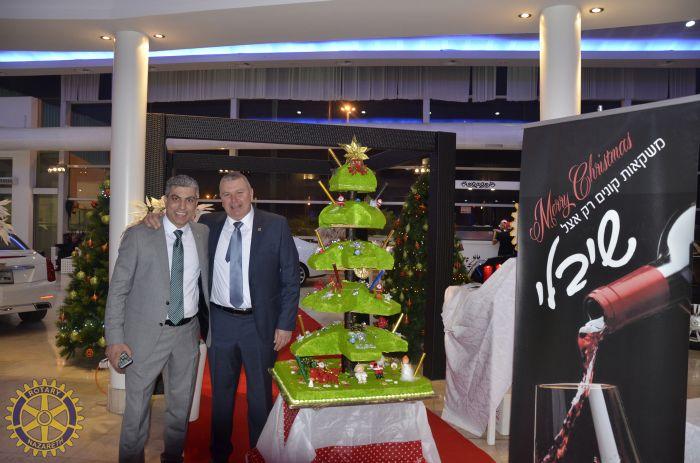 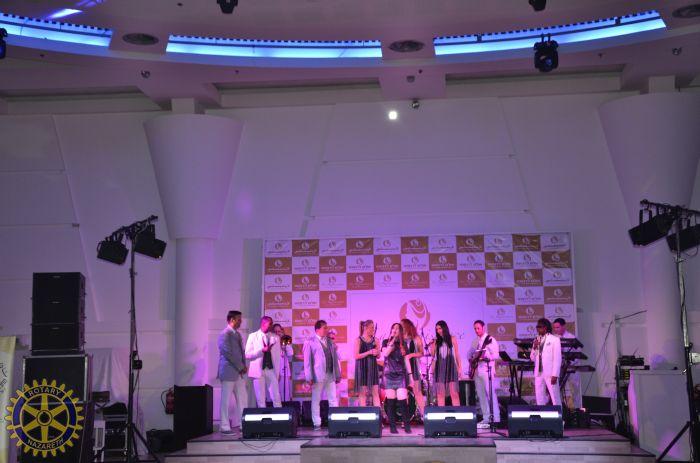 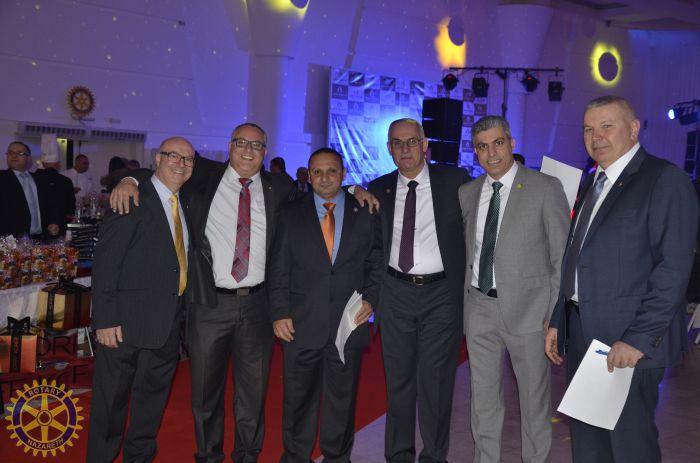 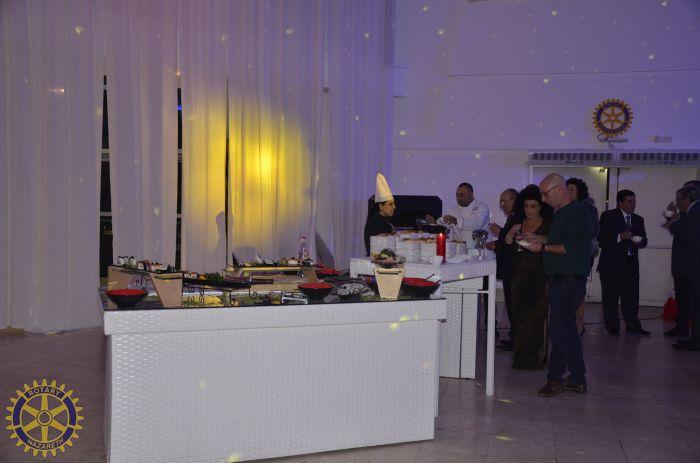 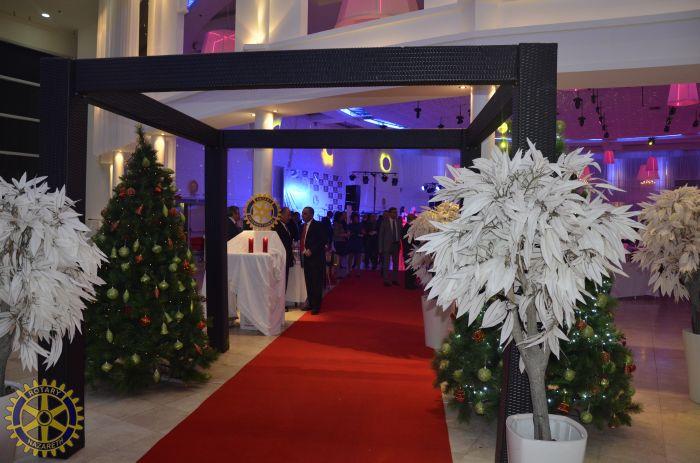 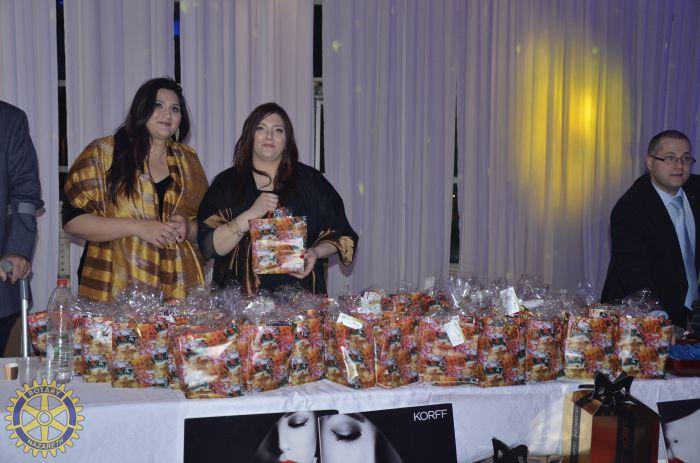 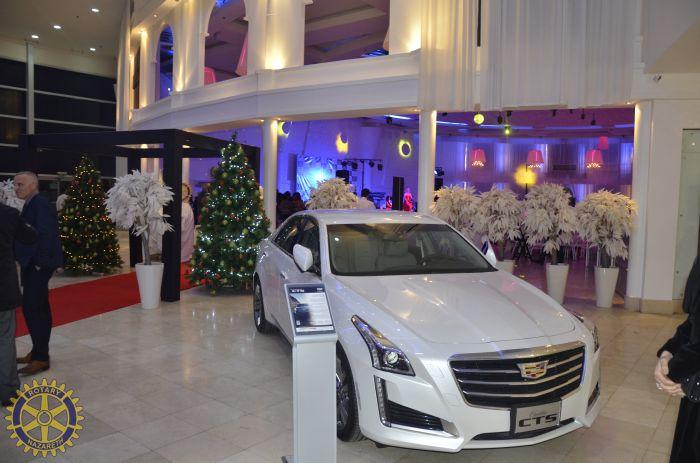 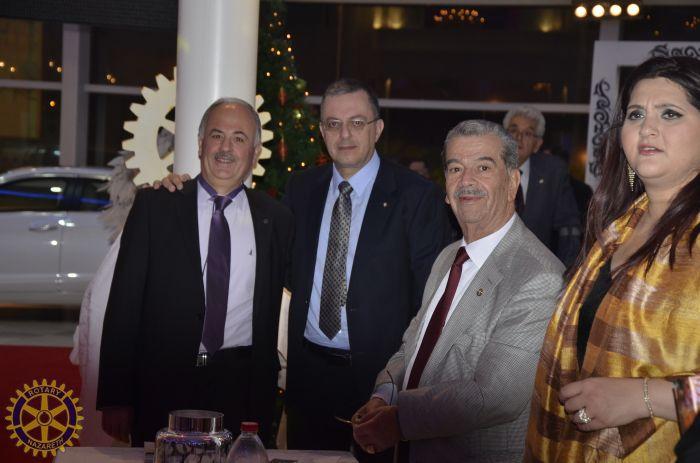 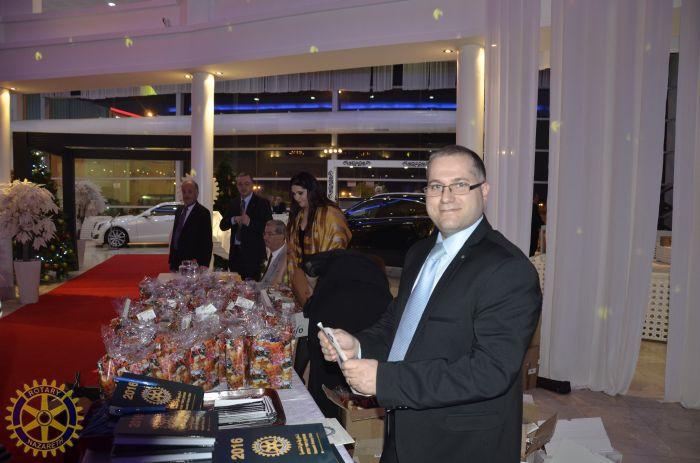