The Rotary Club of Nazareth held its yearly meeting for extending the presidency to Mr. Essam Rashid in the presence of DG Haim Kent, SD Dalia Levi, Representatives of the Lions Club in Nazareth, Rotaract members and members of Rotary Nazareth.

President Mr. Essam Rashid announced the beginning of this year’s last – meeting by welcoming all Rotarians and guests. He reviewed all of the initiatives and projects conducted during his year of presidency thanking all those who had contributed in the success of the various projects.
DG Haim Kent spoke of the need to collaborate with regional and international clubs thus acting in accordance with the Rotarian motto “Serve to Change Lives”
Mr. Rashid rang the bell announcing the start of the new Rotarian year 2021/22, called the club secretary, Mr. Azmi Elias and club treasurer Mr. Walid Geraisy, so as to start the first meeting of the new Rotarian year 2021/22.

President, Mr. Essam Rashed, previewed all of his plans for the upcoming Rotarian year. Stressing his commitment to continue what his fellow Rotary Club of Nazareth presidents have started.
President Mr. Rashed thanked the former administration as well as all of the various committees for their highly appreciated contribution during the Rotarian year 2020/2021. 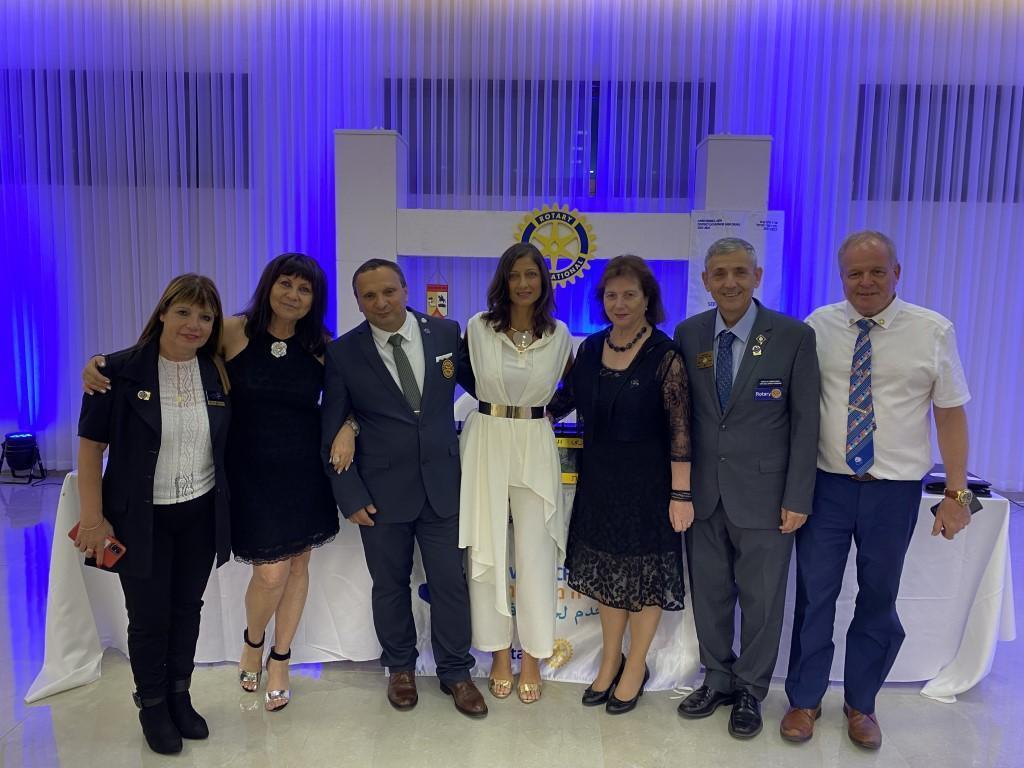 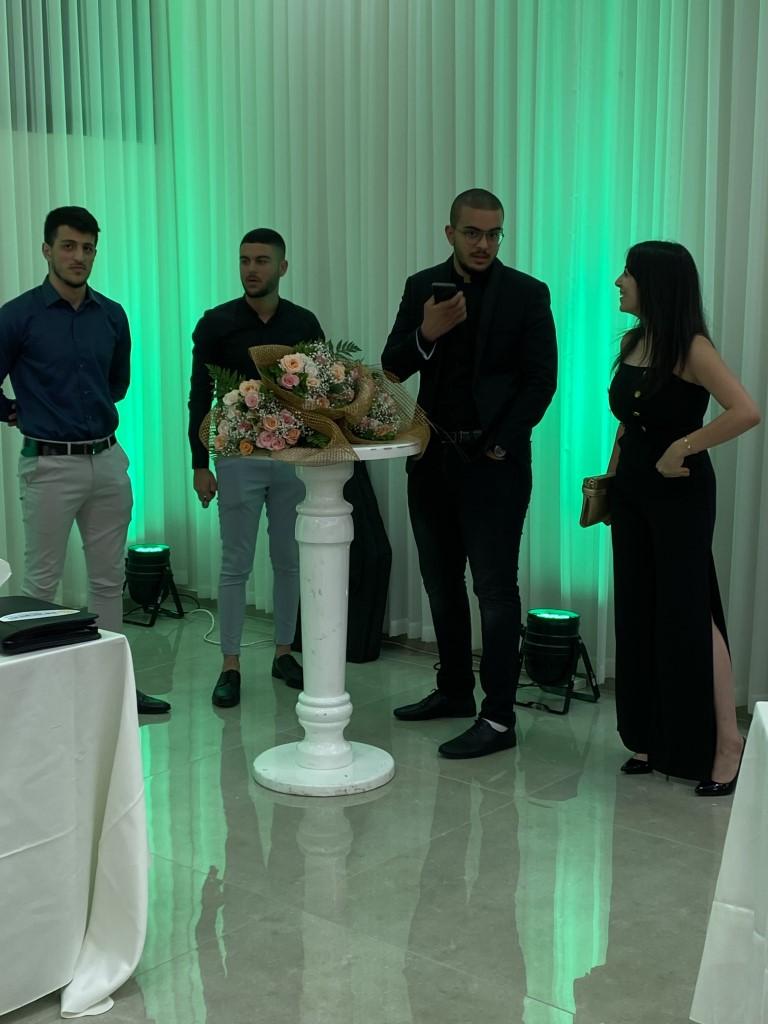 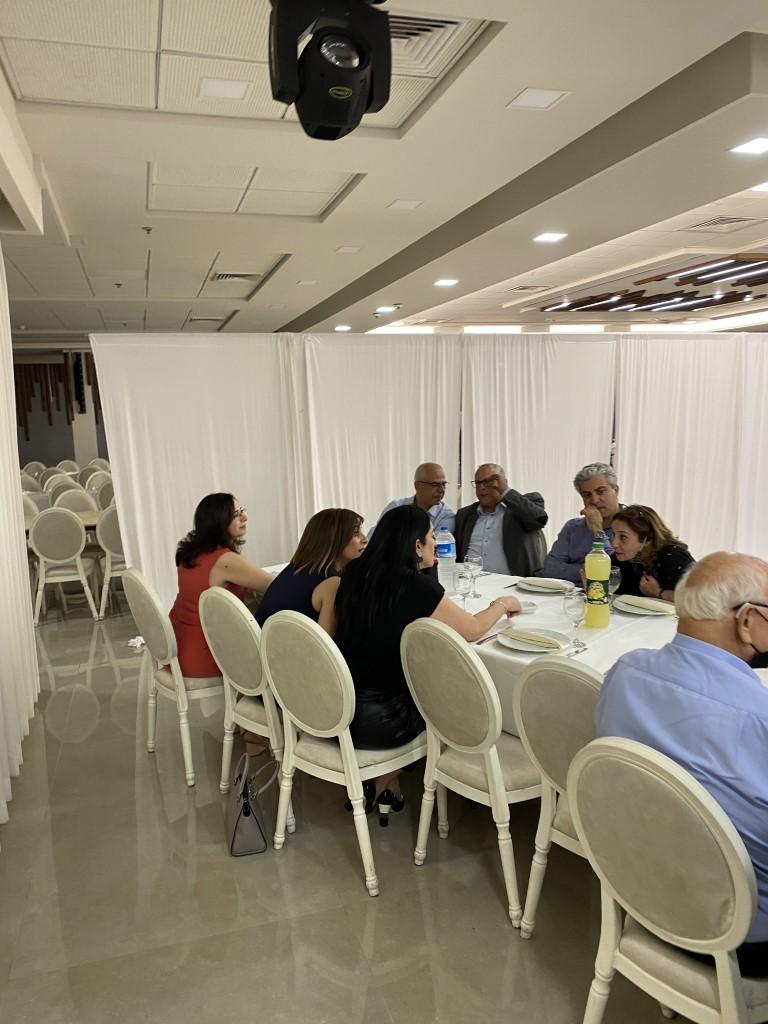 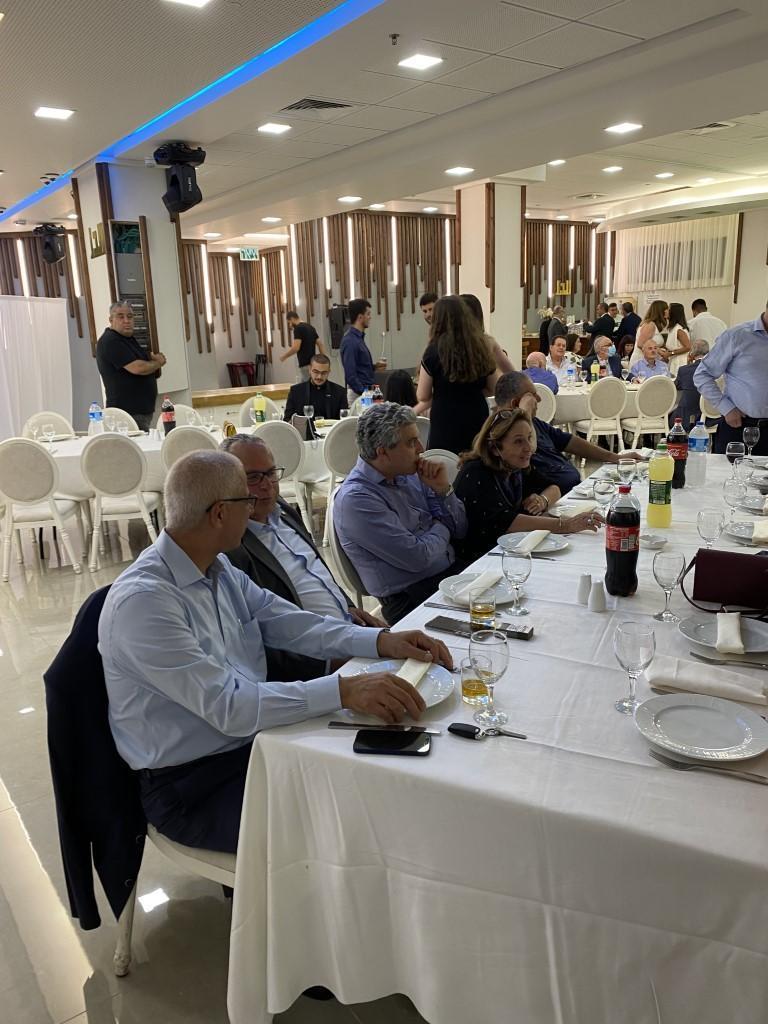 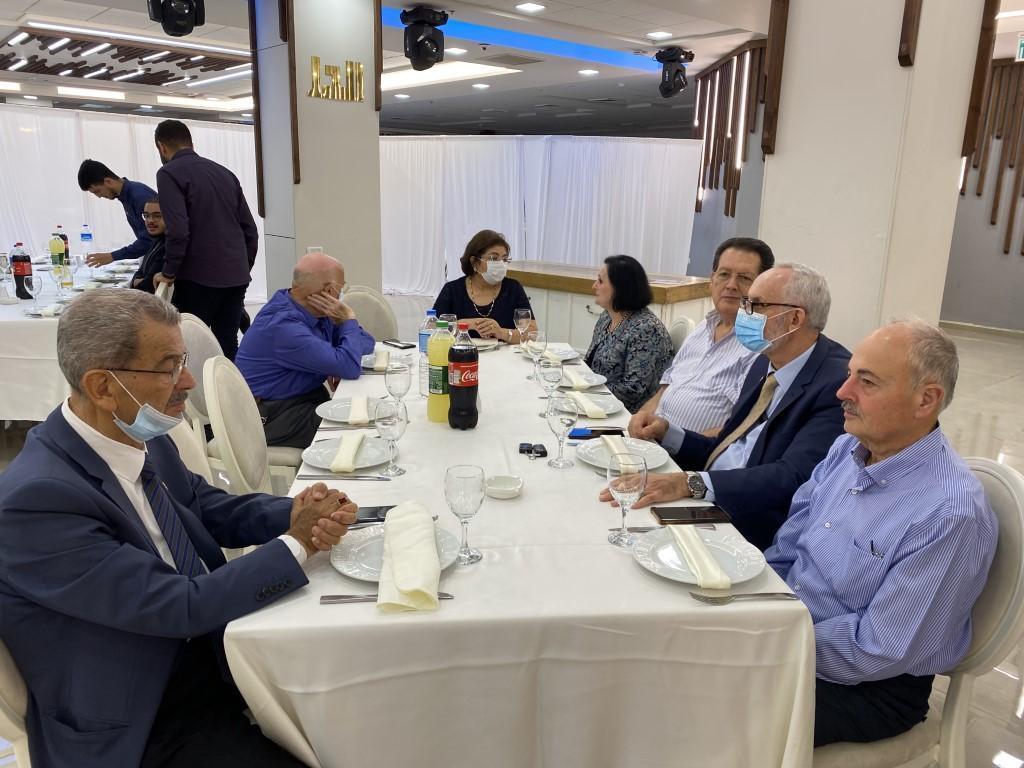 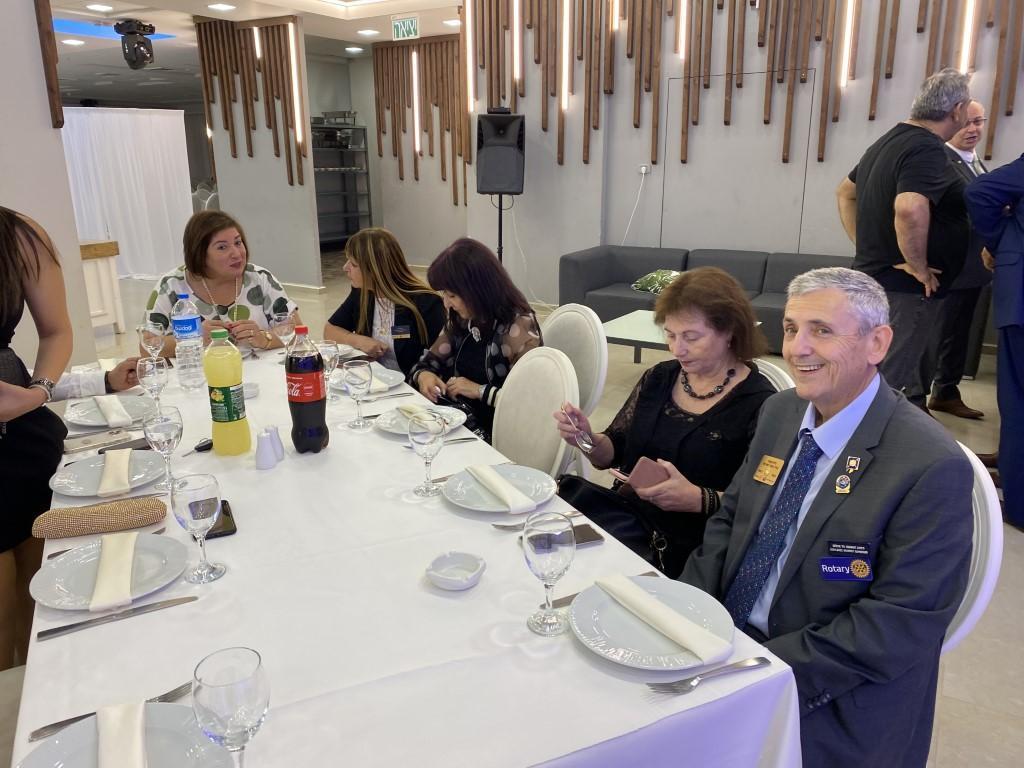 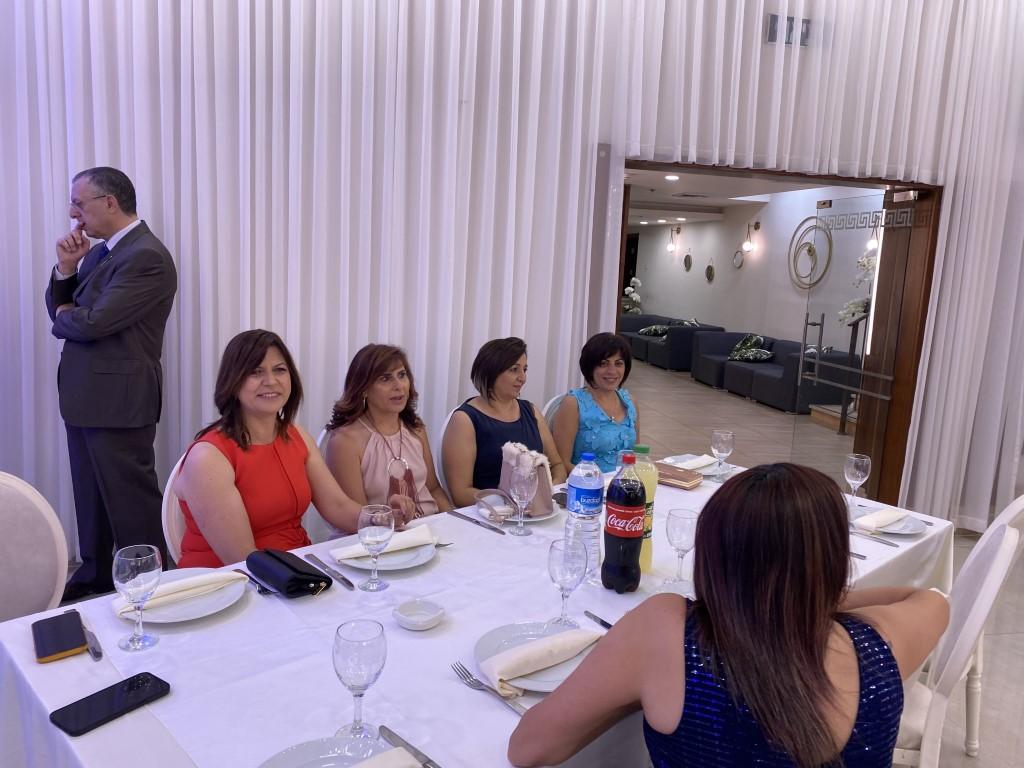 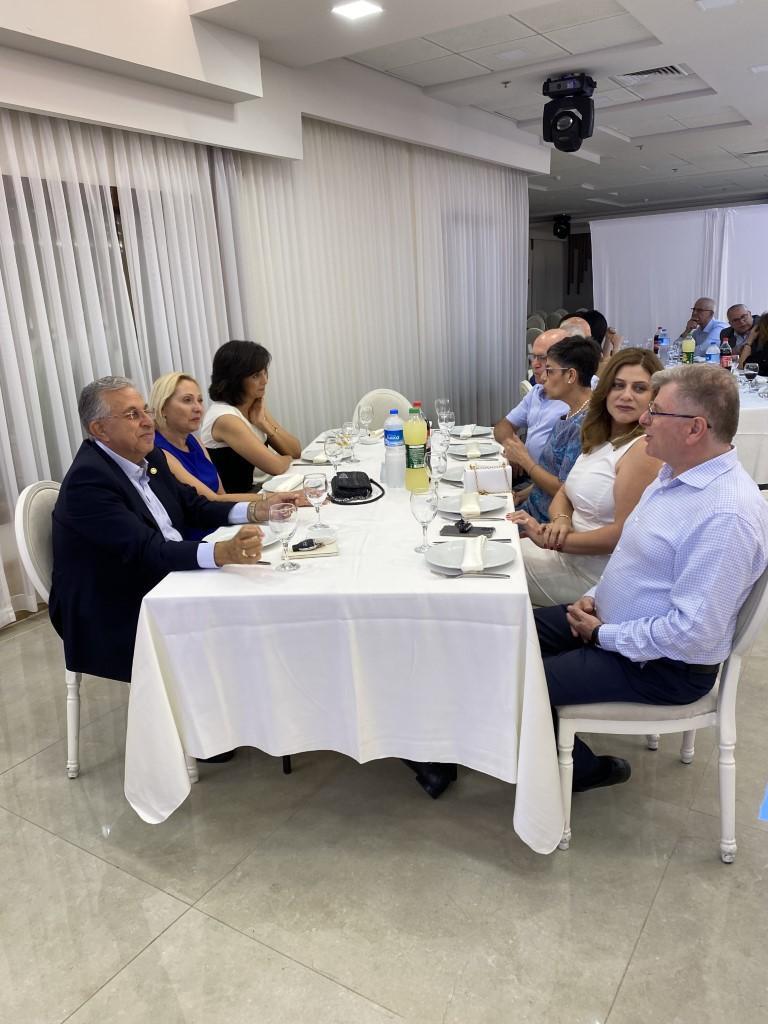 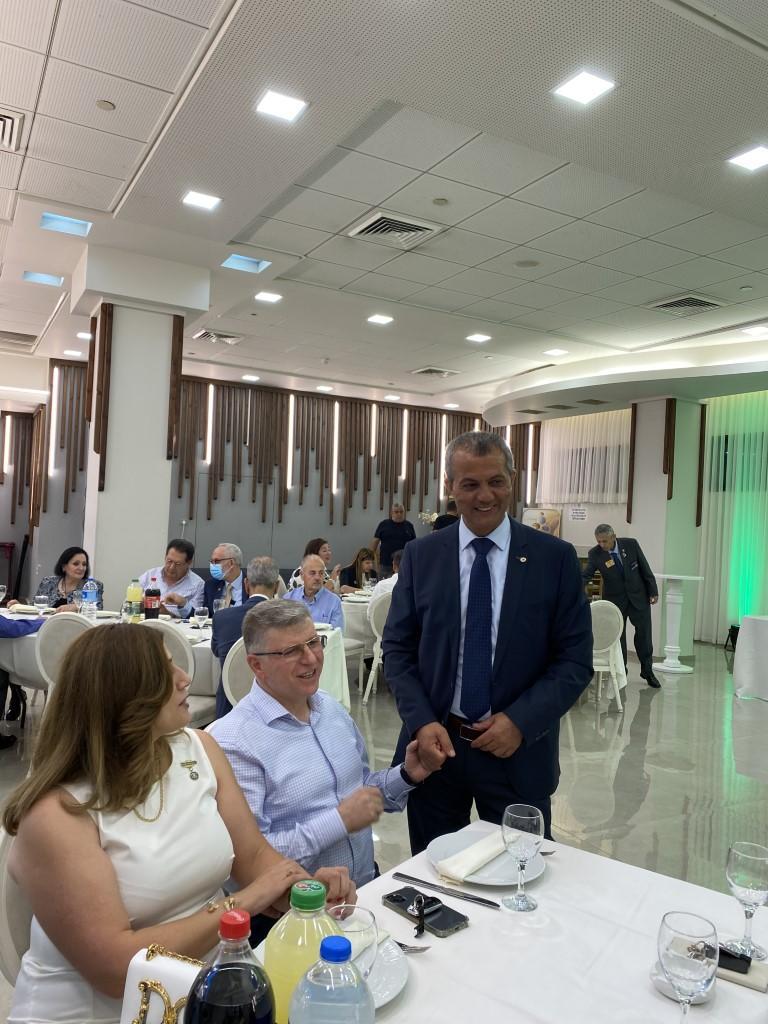 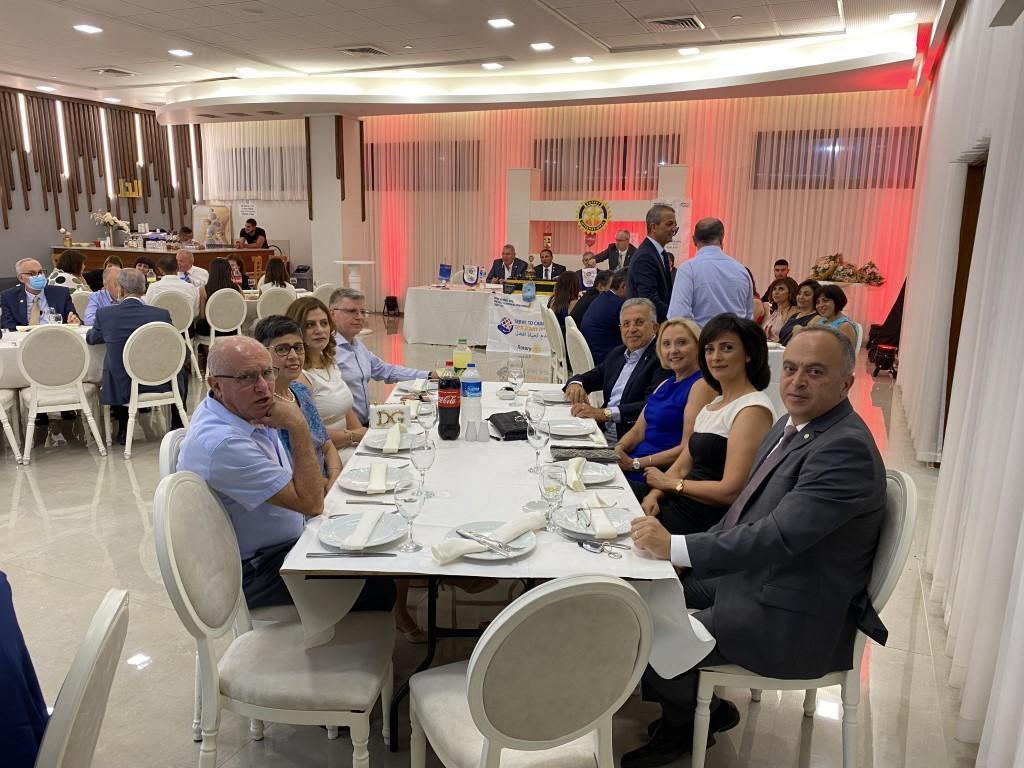 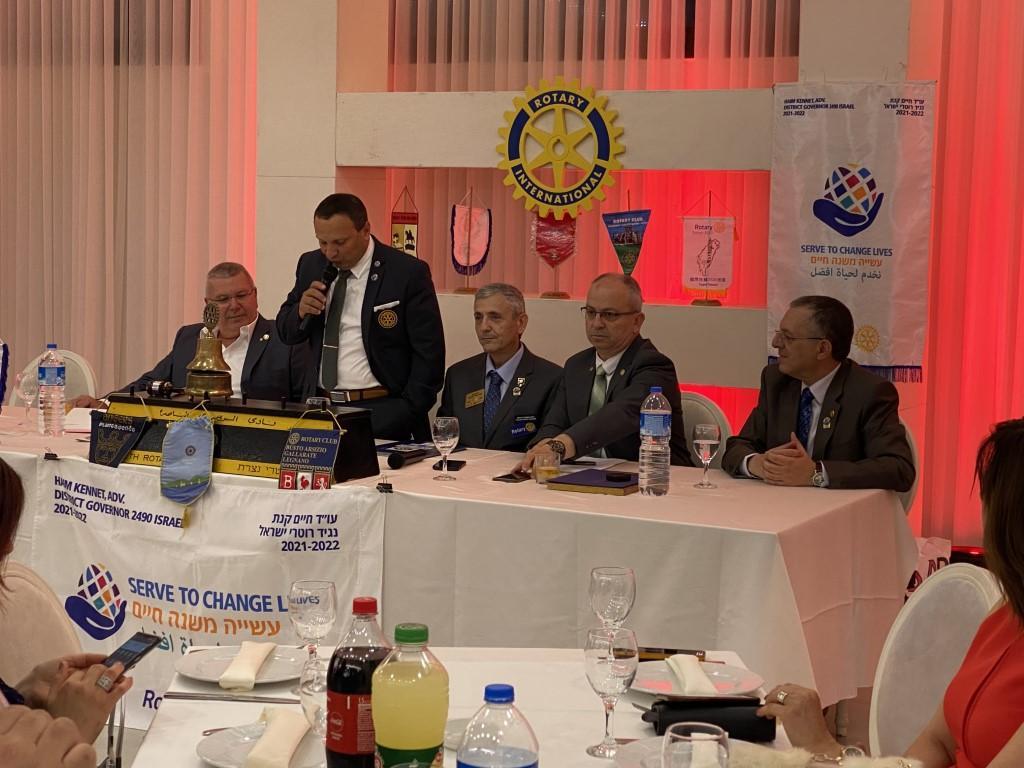 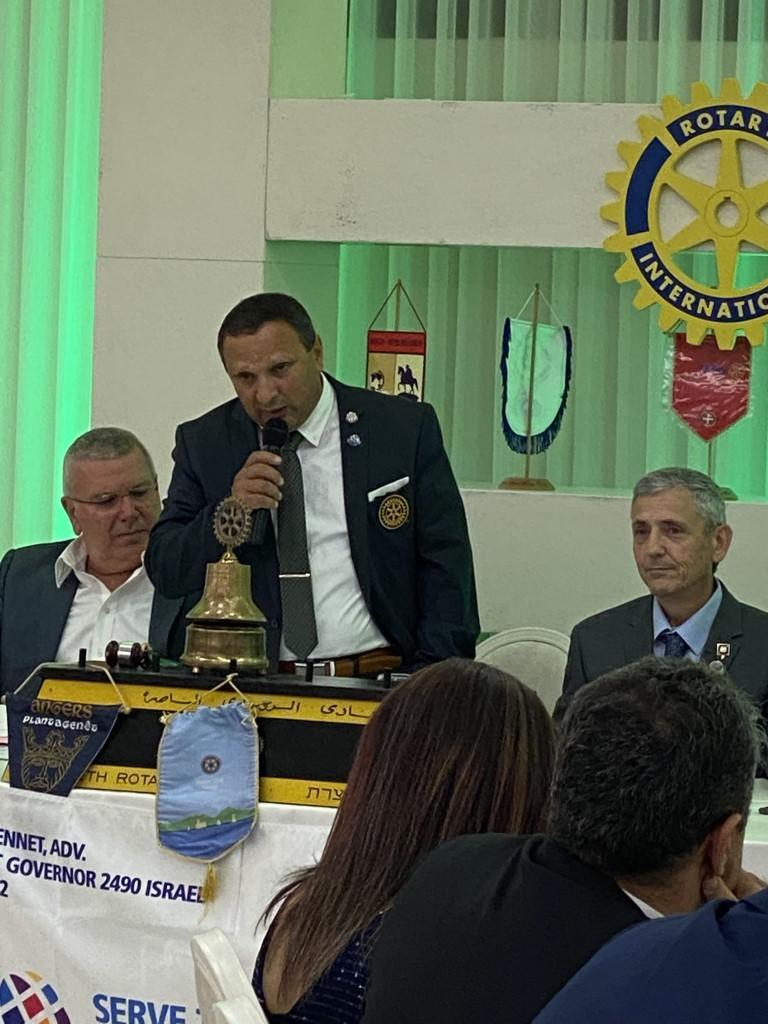 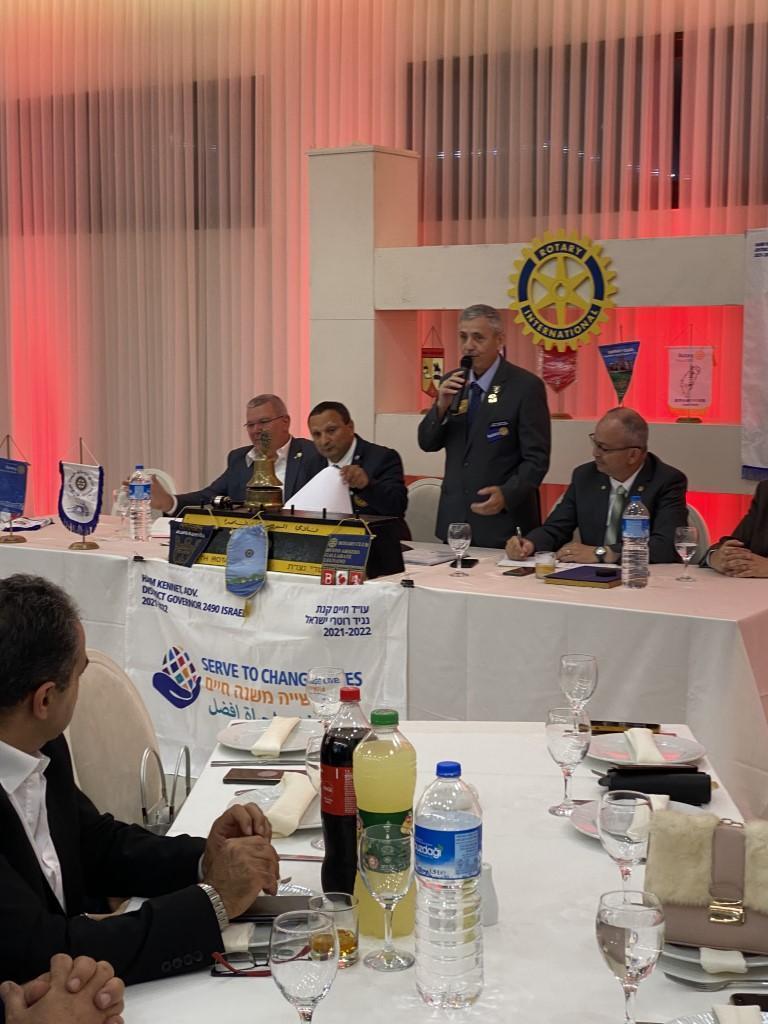 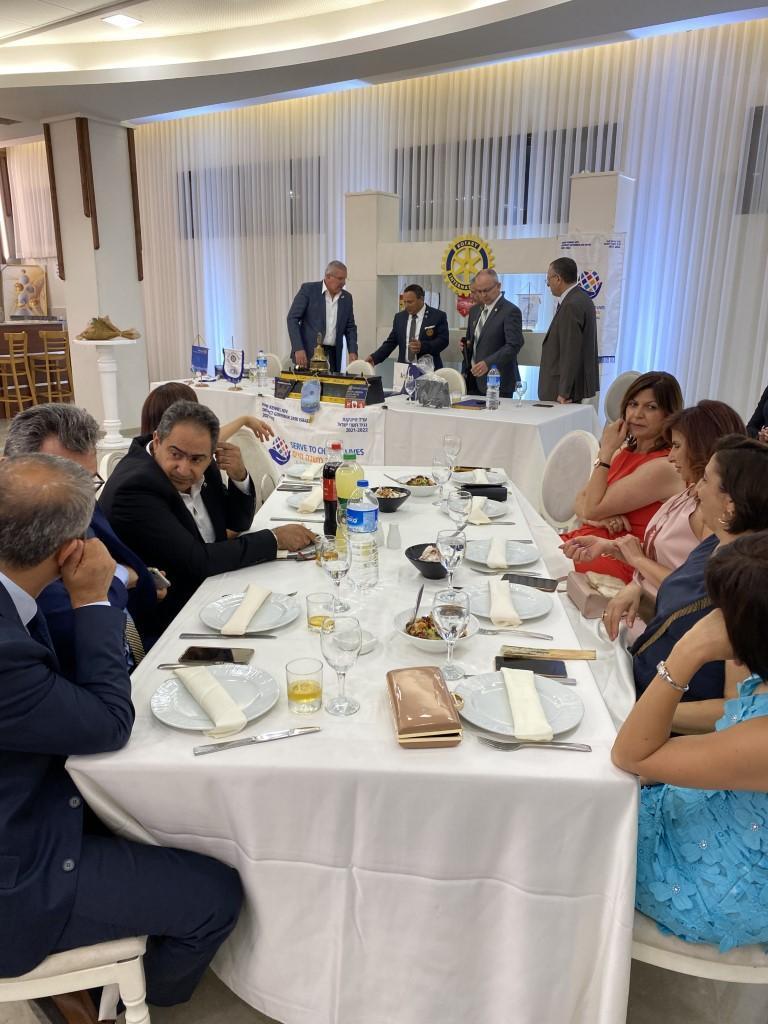 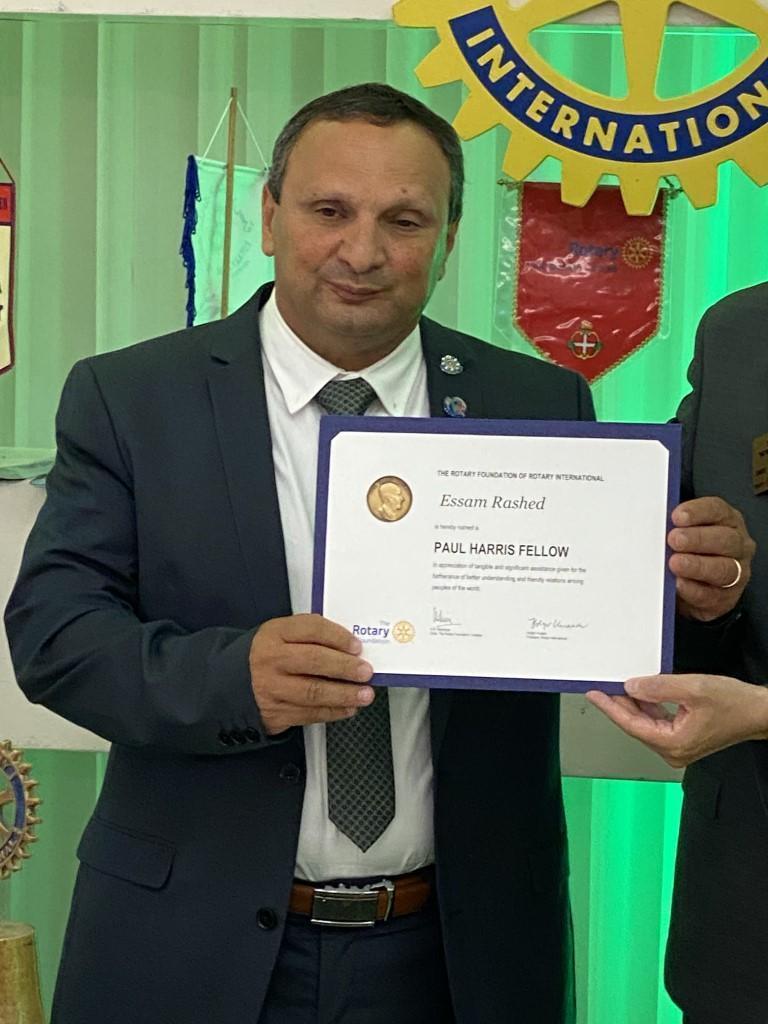 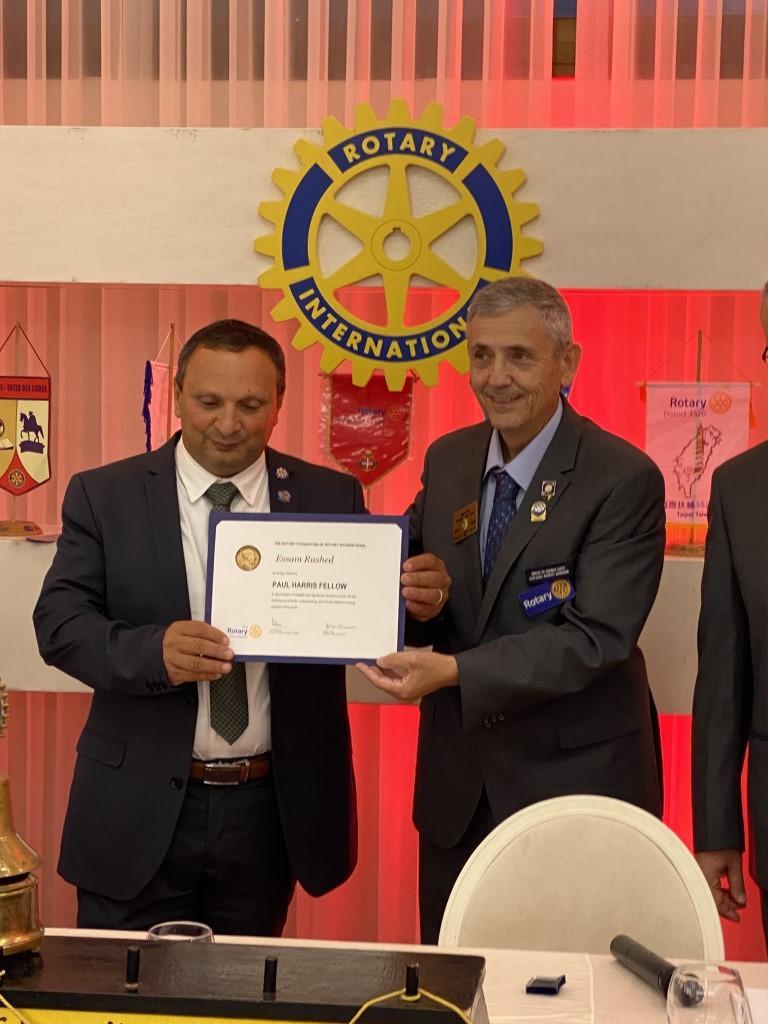 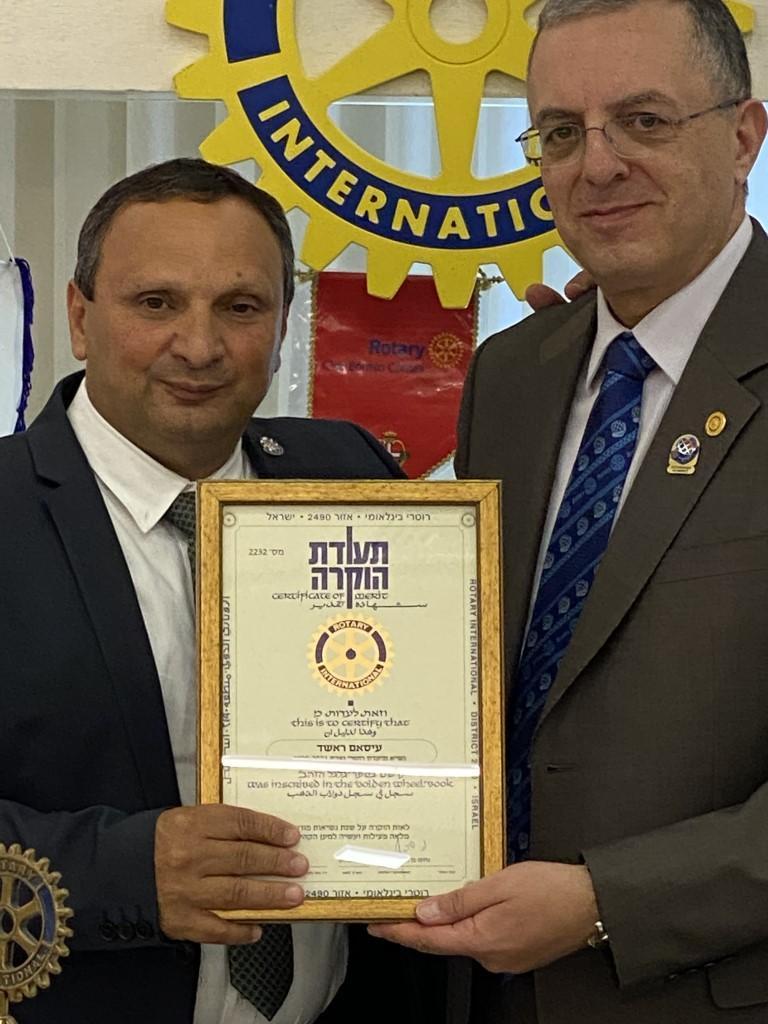 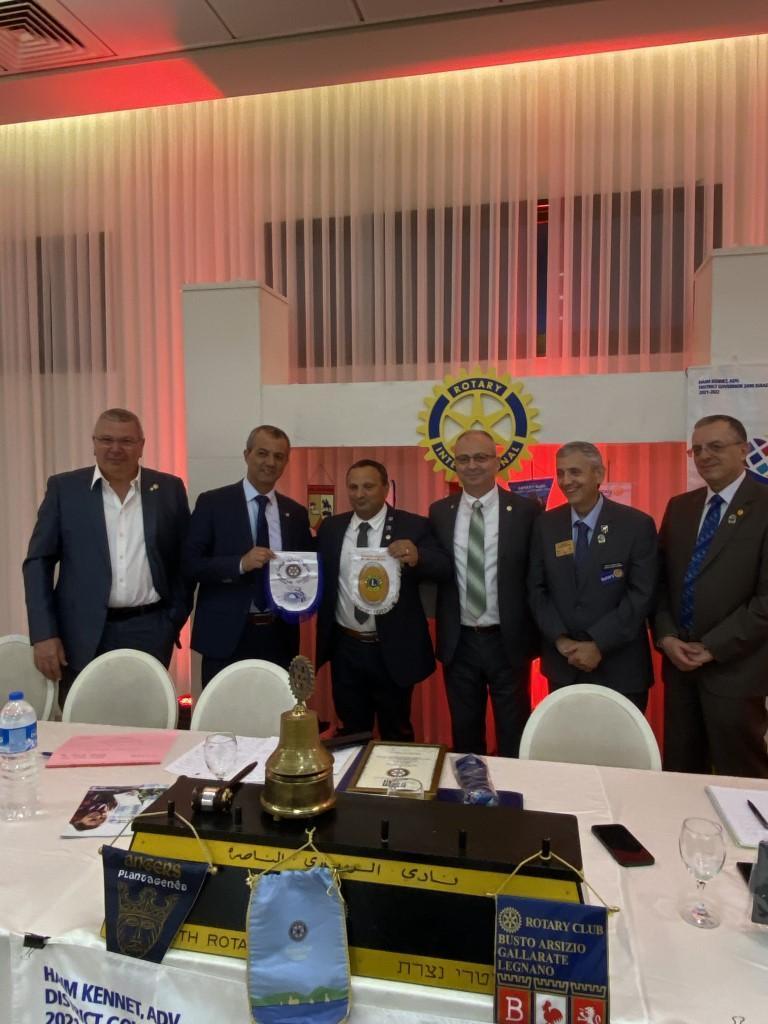 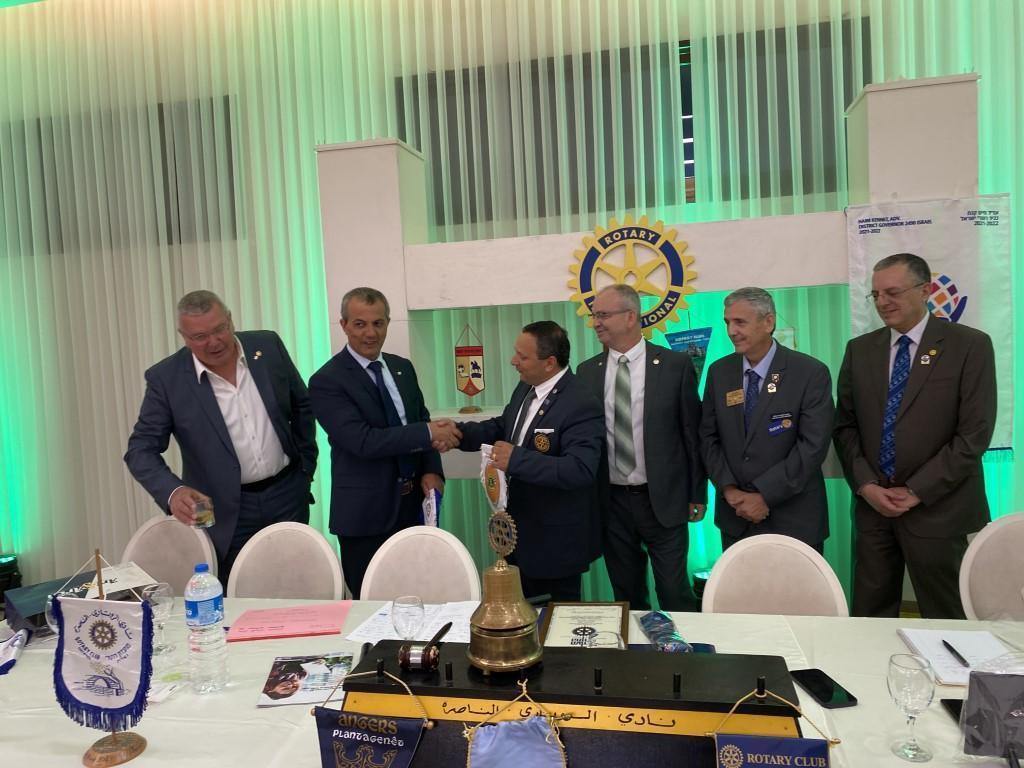 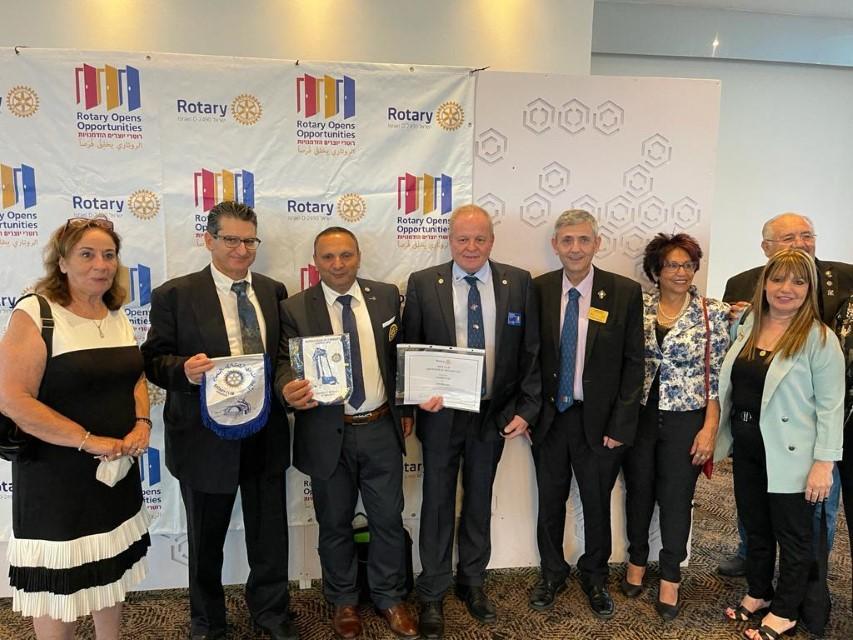