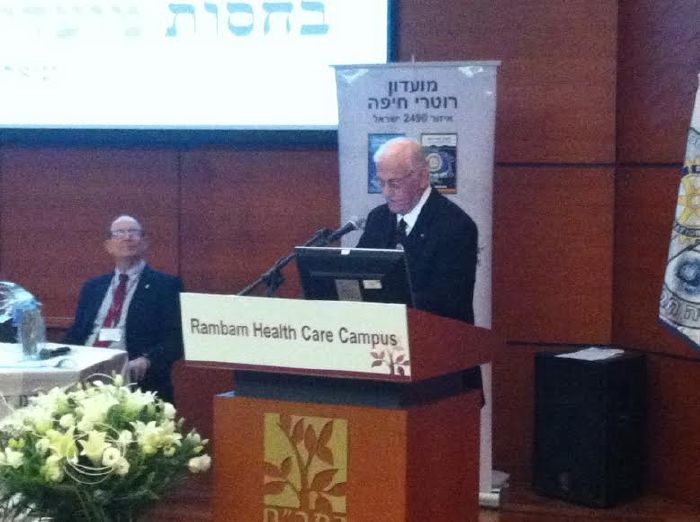 In the midyear Rotary Conference that was held in the Lecture Hall of Rambam Hospital in Haifa on the 24th of January 2014 and the presence of more than 300 Rotarians from all the country, Governor D’Angeli presented a shield to Yusef Srouji for the occasion of 60 years membership in the Rotary Club of Nazareth.

Governor Shaul during the ceremony related some of the facts about PDG Yusef mentioning that he joined the club of Nazareth in December of 1953 and served his club as president in 1963\64. During his presidency he held the first ever One Day Institute to take place in Nazareth using the New Cultural Center for meetings and the dining room of the newly opened Clerical St. Joseph School for the mid day meal.

Yusef was elected as Governor of Rotary Israel for the year of the Millennium and then decided to have the Yearly Israel Rotary Convention for the first time ever, in Nazareth at the new Renaissance Hotel. (Golden Crown Hotel now). Also invited the world chairman of the Youth Exchange Committee to hold their yearly convention here in Nazareth which they accepted and for the first time the World Convention was held in Nazareth in September 2000.
During the last 7 years, Yusef was chairman of the Matching Grants committee and as such and with the help of committee members of the club and in

partnership with clubs from Italy, USA, Gemany, France and Jordan was able to raise funds and donate to Medical Humanitarian, Cultural, Educational and Social Institutions in Israel and the Palestinian Authority areas, goods, equipment and needed supplies worth more than one million five hundred thousand US dollars.

During the Nineties of the last Century, Yusef edited the Club monthly magazine in three languages, Arabic, Hebrew and English and in 1994 got the Governor’s Prize for the best magazine in the District. 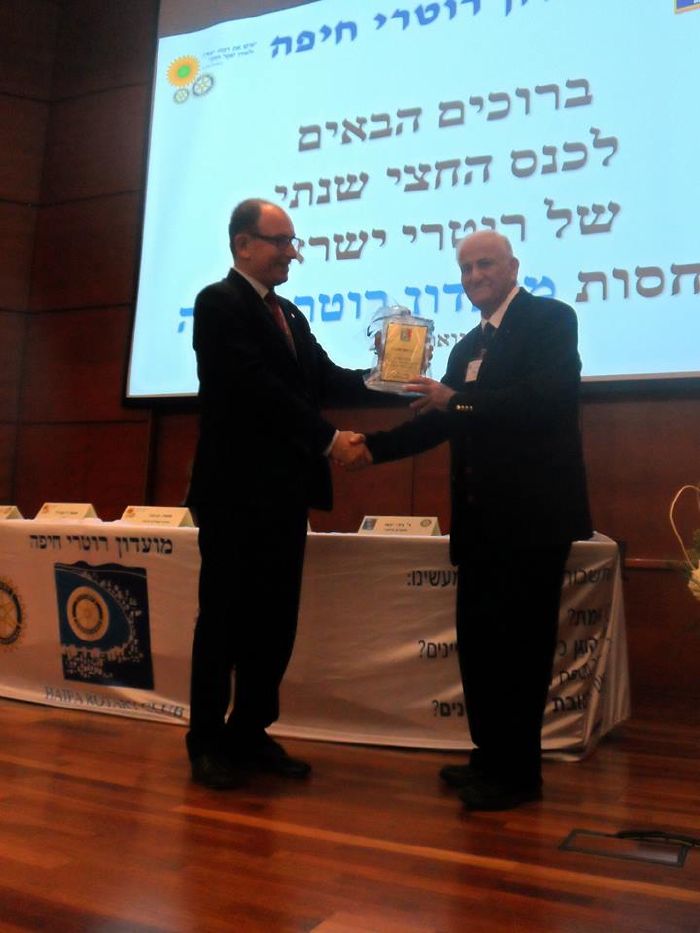 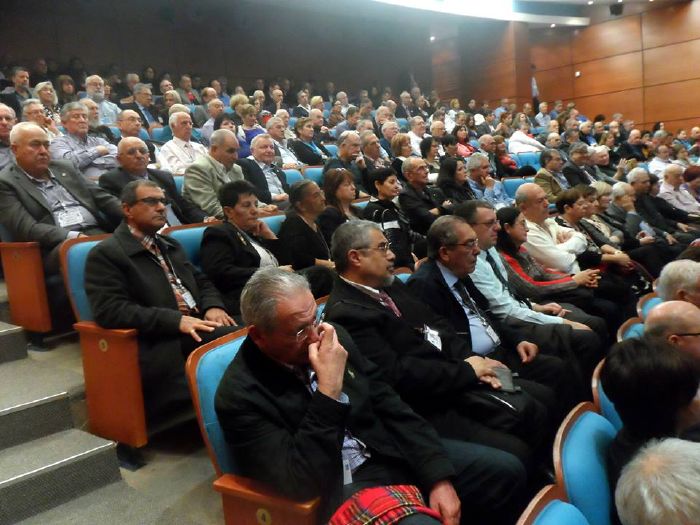 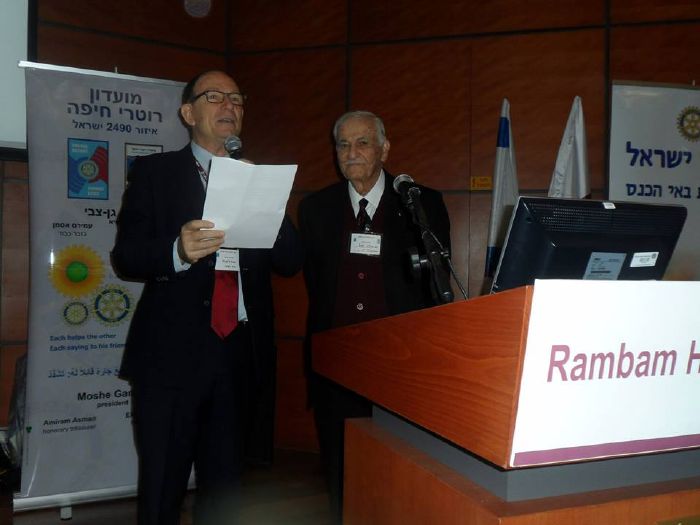 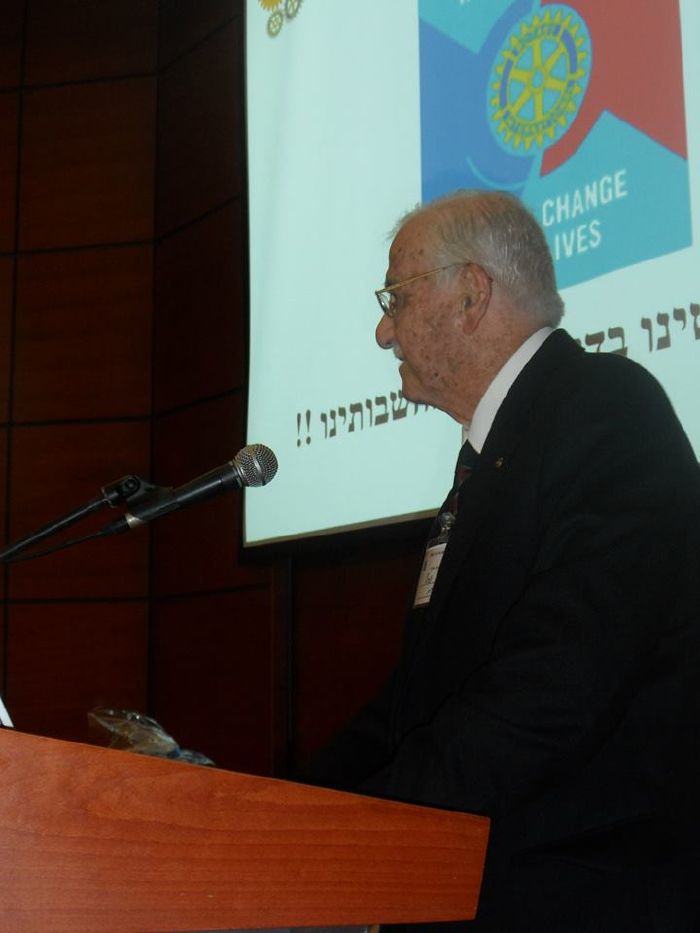 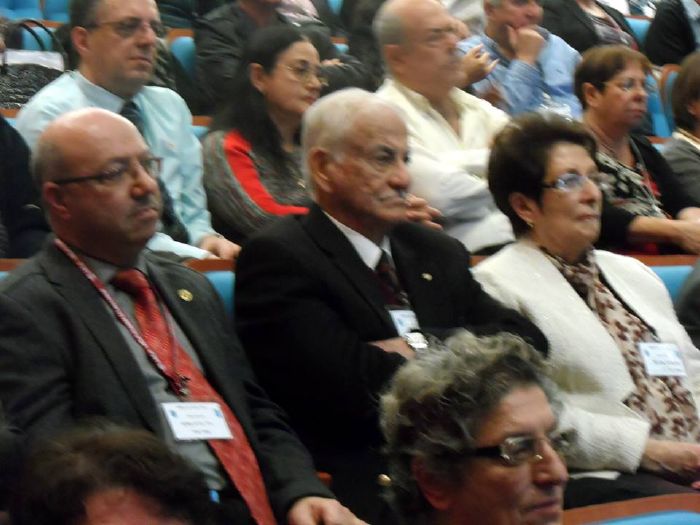