Past Presidents Dr. Adi Jarjoura 1991 - 1992 Iterclub meeting took place at the Grand New Hotel on the subject of relations between Jews and Arab 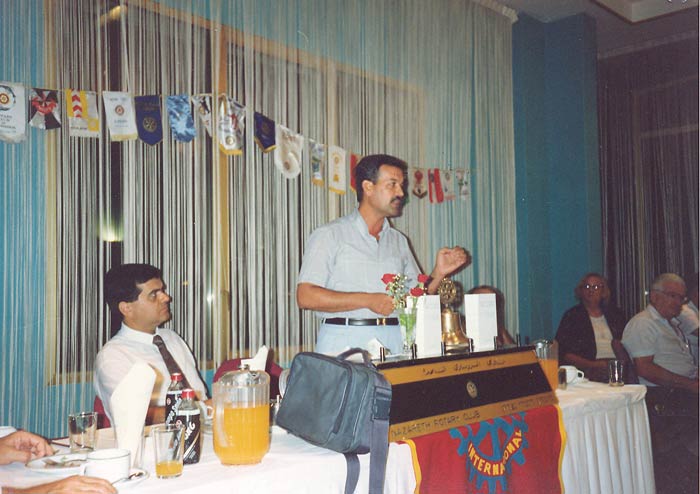 On the first of October 1991 an Iterclub meeting took place at the Grand New Hotel on the subject of relations between Jews and Arab.
Rights and Duties as a formula for Equality was the subject of the day. Joining in the discussion were Dr. Amtsia Baram, and others.
The clubs attending this mini conference were Nazareth, Acco, Haifa, Haifa Carmel, Shafamr, Rama, Maalot, Kishon, Affula, Tivon, Hadera, Safad, Mghar and Kiryat Shmona. About hundred members in all. President Adi opened the meeting welcomed all the guests, then gave to Dr. Elias Itshac who was the chairman of the District Committee for understanding and friendship between Arabs and Jews directed the meeting. Dr. Elias again welcomed all those present, then called on Dr. Amtsia Baram who chose Dr. Majed El Haj addressing the meeting to talk about the Iraq crises and the character of Saddam Hussein and the

reasons for his taking irresponsible actions that brought negative results to the area in general and in particular to the Palestinian case, and how it caused a break and divisions in the Arab and Islamic World
Dr. Majed El Haj spoke about the Arab Jewish relations in Israel and the position of the Arab Minority all matters and their request to have their rights for equality in opportunities and not in the general conception. Equality it its natural concept in all aspects of life, rights, Budgets, acceptance in Government Institutions and others.

Dr. Haj gave an example that there should be 10% Arab professors in all the universities, which means 50 out of the 5000 in the country. However in fact there are only 10.
After both lectures there were many questions and answers and all the discussions were subjective and useful. All present enjoyed the meeting that ended at 10.30 in the evening. 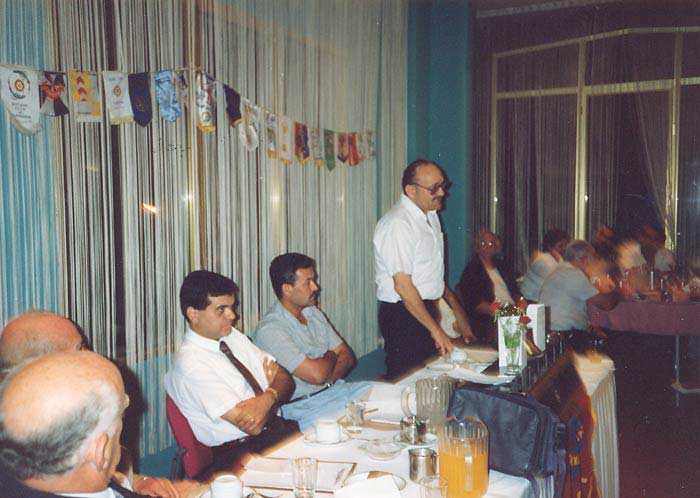