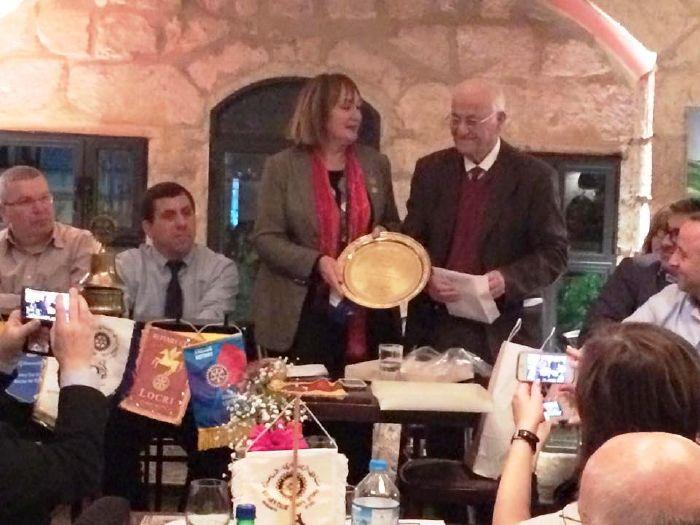 At about six in the evening Gov. Mali arrived in Nazareth accompanied by the secretary of the District PP. Kobi Bar El and the Director of the Conferences of the District PP Ben Gad Yacov. Gov. Mali was met by President of the club and other members of the board at the YMCA in Nazareth, then went straight to the Rotary Garden and Parking Lot where some photos were taken and then straight up to Sudfeh Restaurant where Gov. Mali met all the chairmen of the different committees where she had a report on the activities and plans of the different committees of the Nazareth Clubs. The Governor gave a report on her plans of this year, to give Rotary the high standard it deserves then talked about her efforts to establish new clubs and add new members to the district.
At 8.30 other members of the club together with their wives started to come in where a special dinner celebration was held..The usual Rotary program of wisdom of the day, Ladies Toast and response then International Toast were given followed by a vote of thanks to Governor Mali by PDG Yusef Srouji for her act of proposing his name to get the highest award from Rotary

International – Service Above Self – which he succeeded to get from among the 150 Rotarians from all over the world.
The final item on the program was a short speech by the Governor describing her efforts to promote the standard of rotary in the district and some of the achievements already apparent.

Gov. Mali advised the President and the members to work on increasing the number of members, then declared that 4 new clubs are already being established in the district while one e-club in the area of Tel Aviv is already established.

At the end of the evening a rich Sudfeh dinner was served during which President Albert wished the Governor continued success in all her plans for the district and then closed by thanking the Sudfeh Owners for their kind service and all members that attended. 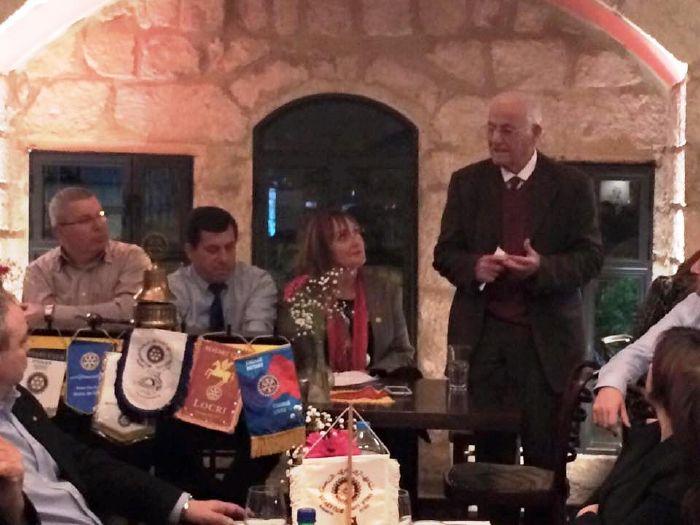 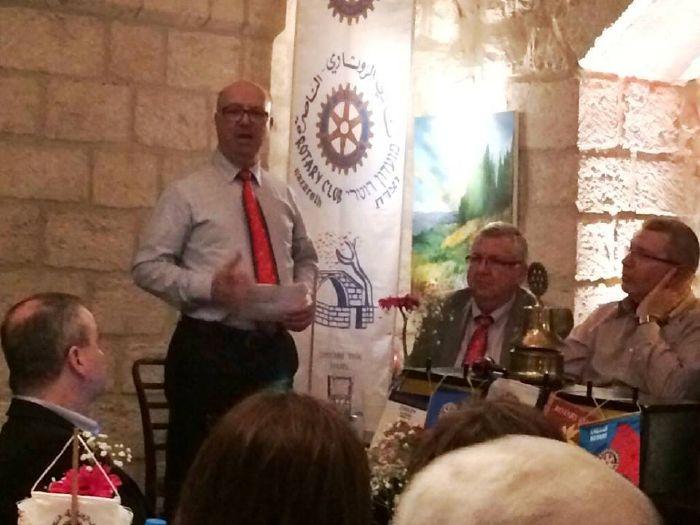 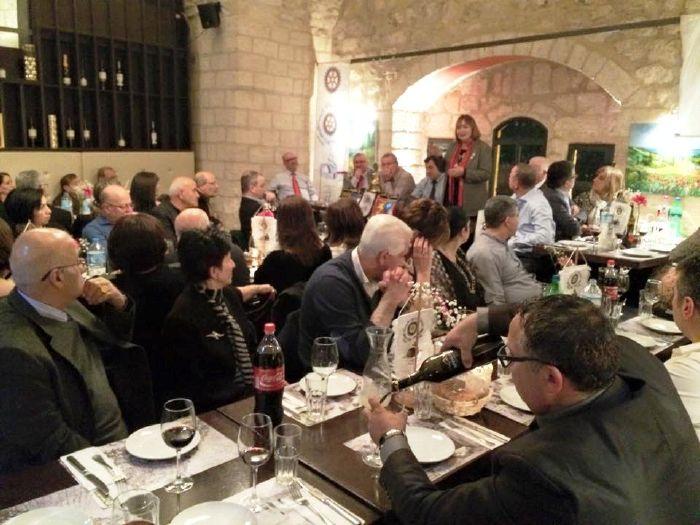 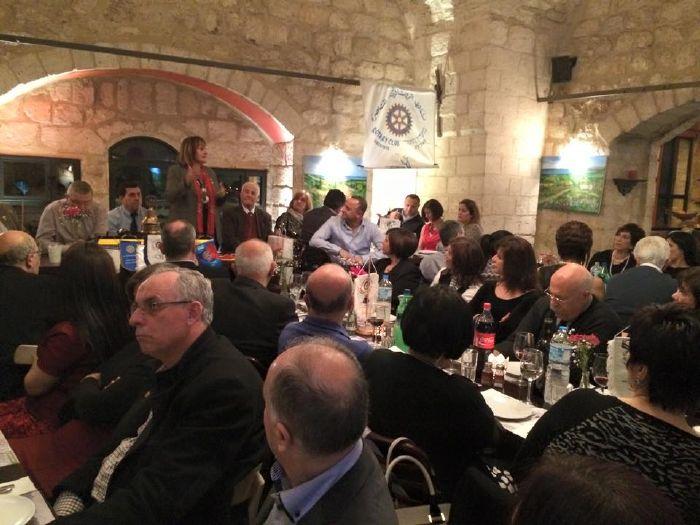 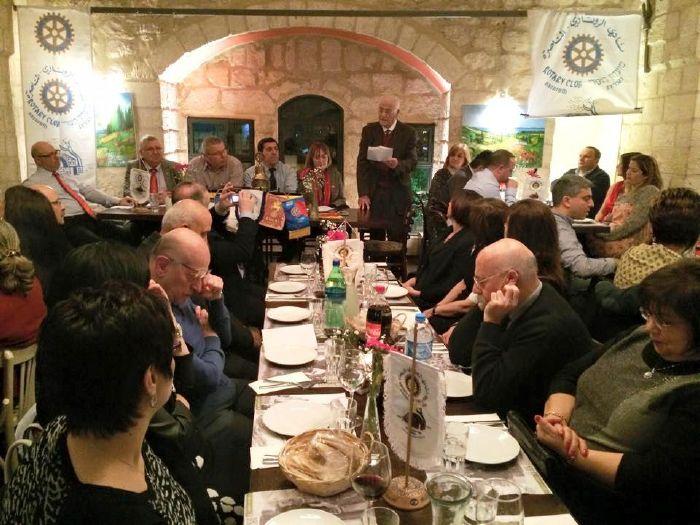